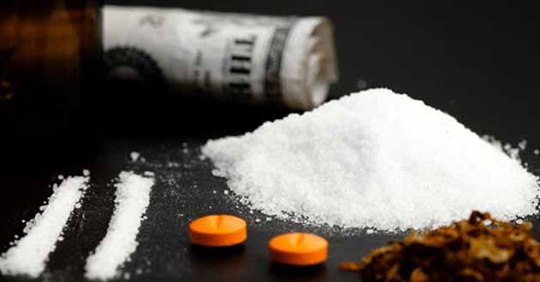 What the Stats Suggest

Approximately 6.4 million people in Pakistan suffer from drug addiction. The sad thing is that most of these addicts are youngsters of all ages who engage in some sort of drug use or abuse, since guidance is nowhere to be found in Pakistan.

The answer is ignorance and lack of guidance. There are so many people in Pakistan who have either lost their children or have to deal with the fact that their children are involved in this scenario. Since young people are more vulnerable to drug use, talking about their “highs” they don’t care about the “lows” and keep sinking into the low, till the time it is too late to either stop or seek help. There are 420,000 people who inject themselves with drugs in Pakistan, which kills them not just morally, but physically too.

What Are the Reasons?

Drug cartels these days are backed up by the wealthiest and the most powerful in Pakistan, hence no action is being taken against them and their organizations. Knowing that they cannot be harmed or held responsible for drug distribution, they remain unharmed and their operations unscathed. Cannabis (charas) is the most commonly drug used in Pakistan, with 3.6% of the adult population involved in its addiction, however non-medical use of tranquilizers and sedatives is higher among women.

Where Does this All Begin?

The majority of drug addicts usually start with soft drugs like ‘chhaliya’, ‘gutka’ and ‘pan’ and then move to the hard drugs like heroin, opium and cocaine etc. The purchase of drugs or alcohol by young people is usually through dealers or ‘agents’, who are just a phone call away. Their numbers are easily exchanged from one person to another, this is how it all spreads. Their numbers are also distributed widely throughout hostels, hotels and other places that are hidden away from everyone else.

How to Treat Addicts?

Well there is the factor of guidance and since most of the people in Pakistan are uneducated and unaware. The easiest and most prominent solution would be to send such addicts to a rehabilitation facility. A humanistic form of treatment is said to be the most widely used and effective of all forms of treatment. Harsh words and strictness tends to ruin things for children, since extended drug use has adverse effects on youngsters. Awareness and prevention must start at home, with parents. Parents should be vigilant and keep an eye on the company and activities of their children and should spend more time with their children. They should keep their children busy and motivate them to say their prayers regularly.

The government plays a vital part in this regard, it should try to reduce the scale of unemployment. This is also known as a case towards taking up drugs in the first place, and tends to get serious when not taken care of. Drug cartels should be taken down and removed altogether, strict action against these cartels may help reduce the amount of drug addicts substantially.