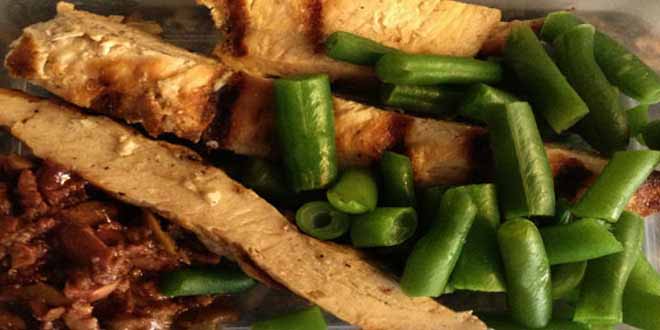 The world of health and fitness is abuzz with talk of a new eating plan that juggles carbohydrate intake to facilitate the process of weight loss. As is the case with most fitness fads, many have taken the leap of faith and hopped aboard this new weight loss bandwagon. However, caution should always be exercised whenever a diet regime makes its debut. This article will help you make a well-informed decision regarding the suitability of carb cycling for your weight loss goals and health.

Carb cycling is a technique that was originally adopted by weight trainers to strip away body fat. The eating plan consists of alternating days of low carbohydrate intake and high carbohydrate intake. Unlike diet plans of the past that encouraged followers to stick to a consistent low-carb eating pattern, carb cycling propagates the notion of balance and control. The conundrum with purely low-carb or entirely high-carb diets lies with their undesirable long term effects. Both diet plans fall on the extreme ends of the weight loss spectrum implying that while weight loss can be achieved on a temporary basis, it is not sustainable in the long run. A low-carb diet that is followed over a prolonged period of time will inevitably lead to depletion of energy, diminished bodily strength, and fatigue. Similarly, while a high-carb diet will initially speed up the body’s metabolism, it will not lead to significant weight loss in the long run.

The former is a case of deprivation and the latter is a classic case of overindulgence. In either scenario, neither diet plan has what it takes to sustain weight reduction. Carb cycling is carefully and deliberately positioned smack in the middle of the spectrum, combining the best aspects of both diet variations discussed so far.

The system in general works as follows: if you want to build muscle, you need to consume a calorie excess consisting of plenty of proteins and carbs; however, if you want to lose fat you need to consume a calorie deficit. The usual approach is to concentrate on one of these options in a ‘bulking and cutting’ strategy. Carb cycling claims that if you vary your calorie and carbohydrate intake on a day to day basis, you can allocate some days for building muscle and other days for losing fat. In effect, you can co-instantaneously work on shedding pounds and building up muscle.

The Science of Carb Cycling

There is no one rigid eating plan that must be followed by all. Carb cycling can be tweaked and customized depending upon the aims and objectives of the individual in question. An individual who wants to build muscle without gaining any fat would consume a weekly calorie excess, while an individual whose major goal is to lose fat while maintaining or gaining muscle mass would work towards consuming a weekly calorie deficit. Eating plans will, of course, differ significantly in both these cases

Tips for Those Who Engage in Regular Training

Maintain a high-carb intake on your training days. Consume low-carbs on the remaining four days of the week.

Despite being a relatively new fitness trend, carb cycling has garnered quite a strong band of supporters and followers. While you too may be considering the option of giving carb cycling a shot, remember that you will be required to make certain dietary modifications to your regular eating habits. Be sure to consult your doctor before implementing any such modifications, in order to ascertain whether it is safe and healthy for you to follow them.