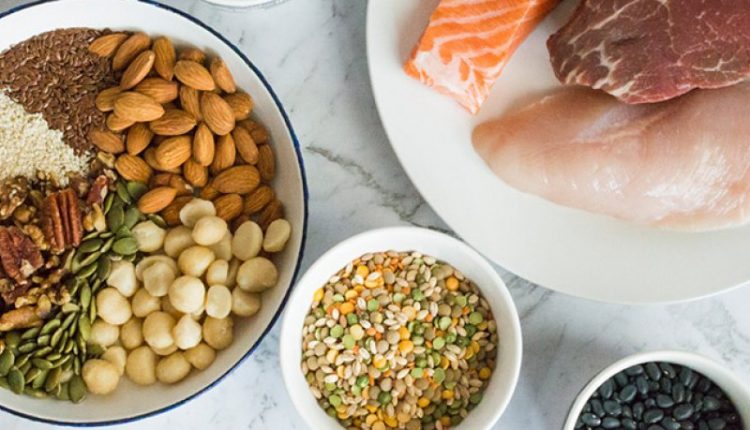 Protein is important, it’s a known fact that adequate amount of protein is very important in order to live a healthy life, but the question remains, how much protein is needed?

As most fitness experts suggest a high protein diet needs to be consumed, on the other hand nutritional textbooks argue that too much protein in a diet can be harmful too.The U.S. Department of Agriculture has a recommended dietary allowance (RDA) of 0.36 grams of protein per pound of body weight.
This organization illustrates “The average daily dietary nutrient intake level sufficient for meeting nutrient requirements of nearly all (97 to 98%) healthy individuals in a particular stage of life.” In other words, they suggest this ensures an adequate amount.

Protein and Your Optimal Level

Let’s suppose you want to lose those extra pounds that you have gained. The general idea is to have less sugar, however studies have indicated that a high protein diet can actually help you lose weight too. At the University of Illinois, scientists conducted a study on weight-loss in which they made two groups. One group followed an RDA protein diet, after 16 weeks they lost 16 pounds of fat and 2 pounds of muscle mass. Whereas the other group consumed twice the RDA’s recommended amount of protein, but after the same time duration, they lost 20 pounds, which clearly shows that a high protein diet is needed during a weight loss program. It has also been demonstrated through studies that a high protein diet contributes towards good health, lowers LDL levels (bad cholesterol) and decreases risk of cardiovascular diseases

Protein as an Energy Source

Different components of food require variable amounts of energy to burn up. Proteins have a much higher Thermic effect of food (TEF) than carbs and fats. That means, your body burns more calories by consuming more proteins.

Proteins are digested to individual amino acids such as Proline and Lysine which actively signal your body to build muscle. Scientists have estimated that the threshold is around 30 grams of proteins for maximal functioning for turning protein into muscles.