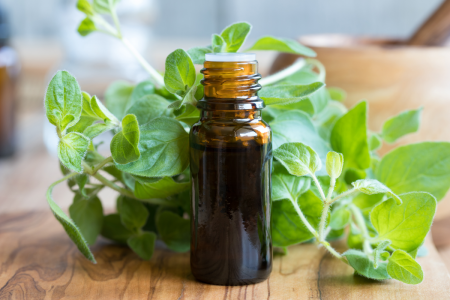 Oregano is a Mediterranean herb known for its wonderful aroma and flavor. The herb mainly belongs to the lands of Italy, Turkey, and Greece. While it’s a common food ingredient – specifically in Italian food – very few people know of its natural and powerful healing properties.

So whether you have been a fan or not, here are the top six reasons why you should add this extraordinary herb to your diet to strengthen your immune system.

Whether you use it fresh, dried, or in oil form, the herb is essential for overcoming various bacterial growth to keep you from falling sick. As a result, you grow a stronger immune system and maintain optimal health.

The herb is also rich in phenolic acids and antioxidant phytochemical flavonoids. According to the USDA, the antioxidant capacity of oregano is around 3 to 20 times higher as compared to other herbs. In simple words, oregano is at least four times richer in antioxidant power than blueberries and twelve times of oranges.

cBy simply adding half-a-teaspoon of oregano to your diet, you can get as many as antioxidants as three cups of spinach. By freeing your body from harmful toxins, it strengthens the immune system and makes you stronger.

This is an important medicinal benefit that makes oregano such a powerful herb. Oil made from oregano is classically used as a disinfectant for various viral and bacterial conditions. It is used as an aid for the nose, ear, and respiratory infections. The benefits surpass to suppress the production of cancer cells and inflammatory mediators.

Rich in cancer-fighting properties, oregano oil is considered a potent formula to strengthen your immune system for improved health.

Oregano oil is extremely rich in antioxidant properties and thus helps fight against dangerous organisms. The presence of carvacrol in the herb does not only create balance in the body by producing good bacteria but also promotes overall health.

It makes your immune system stronger by protecting you against the harmful effects of dangerous organisms.

Another effective way it works on your immune system is by providing you complete protection against viral infections.

Oregano oil, which is naturally considered more potent than fresh or dried herb, is also effectively used against bacterial infections, including those in urinary and colon tract, along with cholera, typhoid, skin infections, sores, and food poisoning. In short, it keeps you from suffering the ill effects of being unprotected.

Bacteria, viruses, protozoa, and fungi are the four most significant agents responsible for infectious and communicable diseases. Out of the four, fungi can lead to the most serious and dreadful infections. Fungi are usually the reason you suffer painful, deadly infections in the nose, ears, and throat. If not treated in time, it can start affecting the brain and can cause death.

Fungi are also behind many skin infections. The anti-fungal properties of oregano ensure effective protection against these harmful infections.

As mentioned earlier, oregano oil is the most effective of all the forms of this herb. However, by adding it to your diet in fresh or dried form, you can take the first step towards health. Use it in whatever way you find more effective and enjoy a stronger immune system.