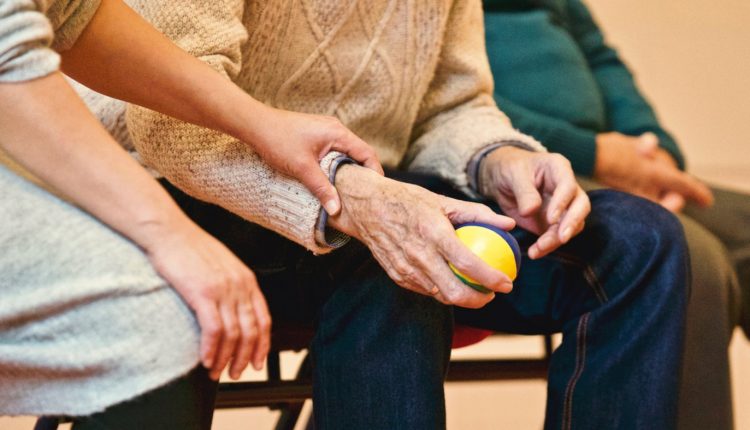 Muhammad Ikramullah, a college professor by profession, takes care of his 90-year-old father like a two-year-old child who requires round the clock care.

It was 2008 when 82-year-old Ikramullah’s father first started showing symptoms of Alzheimer’s disease. “We thought it was old age and didn’t pay much attention, but after two years when our mother passed away in 2010, he refused to admit her demise and kept calling for her,” he says.

After these episodes became frequent, Ikramullah and his siblings took their father to a psychiatrist who prescribed medicines but they were of no help. Their father was diagnosed with a severe stage of Alzheimer’s and his condition turned from bad to worse over the years.

Dr Muhammad Wasay, neurologist at the Aga Khan University, explains that Alzheimer’s is a form of dementia that mainly occurs in aging people. Around 10-15% of aging people suffer from it while around 30% are over the age of 80.

“It is important to educate people that if your parents or grandparents suffer from a memory loss they need to take it seriously and consult a neurologist immediately,” he says.

Most people bring their parents to us, says Dr Wasay, when they are in a severe stage of the disease but it’s too late then and symptoms cannot be treated.  “Only when the patient becomes difficult to handle and requires a 24-hours intensive care do family members think of taking them to a neurologist,” he adds.

As a result, early intervention is important and for that there is a need to create awareness among masses that memory loss at old age is an illness and is preventable, though not curable.

“This disease can be treated with right medication so that it progresses slowly and the patient remains functional,” says Dr Wasay.

Alzheimer’s disease has three stages: mild, moderate and severe. Dr Wasay explains if mild Alzheimer’s is not treated, it transforms into moderate symptoms in three to five years.

Similarly, if that remains untreated it can turn to severe in the next three to five years.  “In severe Alzheimer’s a patient becomes totally dependent on his/her family. They cannot even eat or go to the restroom. Simply put, they become like a toddler who requires round the clock care.”

Dr Wasay also mentions that Alzheimer’s is a degenerate disease and there are no main causes. As a person gets old his/her neurons start dying and in Alzheimer’s the memory is affected.

It is also pertinent to note that Alzheimer’s does not run in the family and perhaps only 5% of the disease transfers into family members. “In the world, women’s life expectancy is higher than men so women are at a higher risk of Alzheimer’s than men.”

Taking care of an Alzheimer’s patient is emotionally, mentally and physically draining as there is no support by the government, says Psychiatrist Dr Nazila Bano Khalid. Therefore, the onus is on someone in the family who takes care of the patient.

“We need to educate caregivers that they should not shy away from seeking help from other family members or even neighbors. It is our family value to take care of our parents so we work selflessly and forget ourselves, but caregivers should seek help and take care of themselves too.”

For Ikramullah there are days when he thinks life doesn’t have much to offer him, except anger and sadness. And for people like him, Dr Khalid advises that they need to strengthen their social network so that they feel strong.

“If a caregiver’s aggression and sadness continue, (s)he may burn out. Hence, they should not shy away from seeking professional help.”