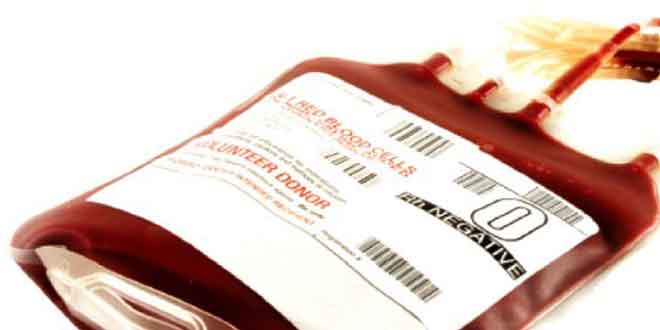 A five year old child died due to transfusion of expired blood in the DHQ Hospital Hafizabad. The father of the deceased has demanded strict action against Laboratory Attendant Muhammad Farooq Irfan over his negligence.

The five year old child, Huzaifa Asghar of Bhattian, a village in Hafizabad, was facing blood cancer. His father, Muhammad Asghar brought him to the district headquarters Hospital, for the treatment as Huzaifa was facing severe deficiency of blood.

The doctors at the district headquarters Hospital asked him to bring a bottle of blood. According to Huzaifa Asghar’s maternal uncle, Muhammad Asghar and he himself had gone to the laboratory (blood bank) in the hospital and bought a blood bottle for Rupees 1500 from laboratory attendant Muhammad Farooq. The process of blood transfusion was started immediately due to urgent need of blood.

When the child specialist doctor, Abid Bhatti came on round, he was shocked to see the colour of the blood. He immediately stopped the process of blood transfusion, and the blood was sent to be tested.

The colour of the blood was quite different from normal blood, which even spread rumors that coloured water was being used. The test results showed that even though the blood was not bogus, it was not less harmful than coloured water. Eventually the child died after suffering for two days due to the counterfeit blood.

EDO Health Doctor Aslam Shaheen said that the blood was not bogus and it was not administered to the child at all who was in an urgent need of blood. The doctor said that the level of hemoglobin was very low in the purchased blood.

DCO Hafizabad, Shakir Hussain said that the child was admitted in hospital on 28th February and he was suffering from blood cancer. The DCO further said that the laboratory attendant Muhammad Farooq Irfan of the blood bank (laboratory) had charged Rs.1500 and bought the bottle of blood from outside the hospital.

On the aggrieved family’s appeal to the Chief Minister Punjab, Muhammad Shahbaz Sharif has taken notice of the news regarding death of the 5 year boy Huzaifa.

The Chief Minister Punjab, Muhammad Shahbaz Sharif has sought a report from the Secretory Health in this connection. He ordered an inquiry into the matter and directed that stern action be taken against the persons responsible.

On the contrary, valid sources have informed that influential people have already started working to frame a case which would protect the laboratory attendant.

On 21st February HTV highlighted the case of illegal blood selling in Pakistan and how blood banks, and private hospitals were acting in the absence of strict check of the concerned government authorities. The case was reported to be worse in Sindh but now such a case has been seen in Punjab as well.

“Sale and purchase of infected blood is a heinous crime and the owners of illegal blood banks would be penalized with a three-year imprisonment and a fine of Rs. 15,000 under Safe Blood Ordinance 1999.”

This was stated by Punjab Parliamentary Secretary for Health Khawaja Imran Nazir while addressing the concluding ceremony of a one-day Blood Transfusion Training Workshop at Holy Family Hospital on 2nd February 2015.

He said that the Punjab Blood Transfusion Authority has been activated to regularize blood banks besides initiating action against unregistered blood banks.

After all these actions and workshops, the case of the 5 year old child being provided with bottle of  blood by a hospital staff (Laboratory attendant: Muhammad Farooq) from an anonymous place outside the hospital instead of the hospital blood bank, leaves a big question mark for the government on the impact of the regulations and trainings done.