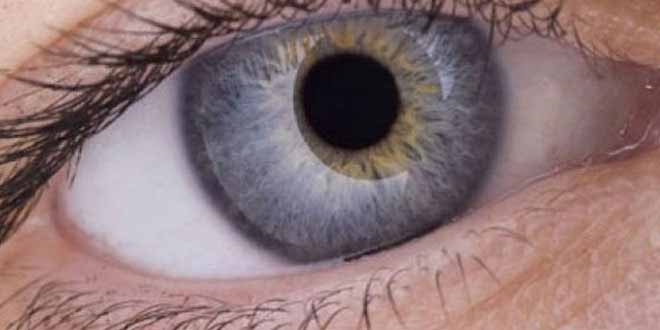 Suffering From Vision Problems? These Eye Nutrients Can Help!

Carrots have long been touted as the one and only vegetable that can prevent the onset of vision deterioration. Most of us can recall hearing about the presumably strong connection between regular consumption of carrots and unparalleled eye health. Is there any scientific truth to this claim? Yes there is! Research has confirmed that this age old dietary advice has a solid nutritional background to support it. Though the humble carrot has been pushed into the limelight as a matchless savior of eye vision, there are other natural foods that offer a similar combination of eye nutrients. So for all those who don’t classify carrots as their cup of tea, there’s a whole list of alternative options for you to pick and choose from

That list however, will be disclosed later. For now, let’s take a little time to explore the realm of eye nutrients and what role they play in keeping your eyes healthy, and your vision strong.

Lutein and Zeaxanthin: An Introduction

According to experts, the role of good nutrition for eye health cannot be emphasized enough.  In the domain of eye nutrients, lutein and zeaxanthin stand out as two essential constituents for optimal eye health. Research has shown that this powerful duo has the potential to reduce the risk of cataracts and macular degeneration. Lutein and zeaxanthin are xanthophylls by nature, a term used to describe yellow pigment based compounds that occur naturally in plants and vegetables. Keep in mind that pigments are chemical compounds which reflect only certain wavelengths of visible light. The pigment will appear to be a particular color depending upon the specific wavelength that it reflects. Xanthophylls belong to a class of organic compounds called carotenoids (organic pigments found in plants), which also include orange and red plant pigments.

Though lutein is considered a yellow pigment, in high concentrations it appears orange-red.
You may be wondering about the exact function of these eye nutrients. In nature, lutein and zeaxanthin appear to absorb excess light energy to prevent damage to plants from too much sunlight, especially from high energy light rays called blue light. This coveted pair is found in many green leafy plants and colorful fruits and vegetables, in addition to being present in high concentrations in the macula of the eye. This is what gives the macula its yellowish color.

Age related macular degeneration, often called AMD, is the leading cause of vision loss and blindness among individuals aged 65 years and above. We covered earlier that the macula is the hub, so to speak, of lutein and zeaxanthin reserves in the body. Why is the macula considered to be such a critical component of the retina? Largely because the clear, sharp vision required to read or to drive is the responsibility of the macula. AMD is a growing concern because firstly, the disease causes a gradual deterioration of the macula, and second, an increasingly large proportion of the population falls within the age bracket that is susceptible to vision loss through macular degeneration.
It is believed that the lutein and zeaxanthin reserves in the macula block blue light from reaching the underlying structures in the retina, reducing the risk of light induced oxidative damage that could lead to AMD. A number of studies have shown that these two eye nutrients either help prevent AMD or slow the progression of the disease.
The primary function of the eye’s natural lens is to collect and focus light on the retina. To properly provide this function throughout life, the lens must remain clear. Oxidation of the lens is a major cause of cataracts, the clouding of the natural lens. Cataracts are the most common cause of vision loss in individuals age 40 and above and are the principal cause of blindness in the world. Given their function as antioxidant nutrients which neutralize the free radicals associated with oxidative damage, lutein and zeaxanthin play a role in cataract prevention.

Lutein and Zeaxanthin: Benefits to the Body

Research suggests that lutein and zeaxanthin fulfill key antioxidant roles within the body. Coupled with a bevy of potent antioxidants (such as vitamin C, beta carotene, and vitamin E), these xanthophylls guar d the system from the detrimental effects of free radicals. Free radicals are unstable molecules that, if left unchecked, have the potential to destroy body cells and pave the way for several debilitating diseases. In addition to significant eye health benefits, research has linked these nutrients to protection against atherosclerosis (buildup of fatty deposits in the arteries), the disease that leads to heart attacks.

If the human eye contains natural deposits of lutein and zeaxanthin, why is additional intake considered to be so essential? Simply because research suggests that without adequate consumption, the amount of lutein and zeaxanthin may deplete with age. Since your body isn’t wired to produce these nutrients on its own, you must constantly replace it with the foods you eat.
Nutritional experts recommend the following daily intake:

To meet this requirement, it is advisable to make a conscious effort to include the following natural foods in your regular diet:

It is never too late to take a step towards a healthier dietary plan. Incorporating these nutrient rich foods into your regular meal plans will not only prevent the onset of eye diseases that can compromise your vision, but will also slow down and potentially halt the progress of existing eye diseases, if there are any.   Remember that it is always a good idea to visit an ophthalmologist if you are concerned about eye health. Consult him/her on your proposed dietary plan and take his feedback into account.