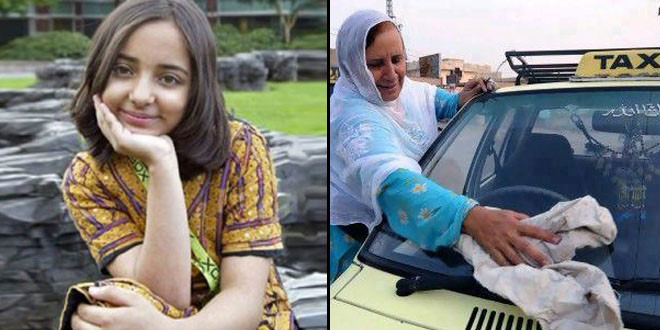 There is no denying that Pakistan still has a very long way to go in terms of development, when compared to its neighboring countries. There are many factors that continue to grow rather than diminish – lack of education, increasing poverty and no insured healthcare being some of them.

And why would they diminish? It’s not like the higher-ups are serious towards helping the people who put them in-charge. No sir. They only want their pockets full and that is exactly what they are working towards. They would use the excuse of education or healthcare to get donations but never has it ever been seen that the resources sent to our leaders were utilized where they were needed.

We have gotten tons of money in form of aid, yet we stand exactly where we were 10 years ago. Or maybe we have gotten worse. And we see this discrepancy every time. Whenever there is a flooding, an earthquake, heat-wave or famine, the government comes across as ill-resourced and inept to provide the sort of facilities needed at the time for the public.

So where is all that money going?

The sixth most populated country in the world loaded with a population of more than 180 million people, Pakistan expends just 0.27% of its gross domestic product (GDP) on health (according to a report) which is, obviously, inadequate to meet the requirements of the population.

Recent studies from the Human Rights Commission of Pakistan’s report shows that we have hit another 6th in the ranking from the 22 high-risk tuberculosis countries. Another add-on over the years has been of dengue, which boasted about 1.6 million cases that occurred because of malaria every year. Breast cancer isn’t way back either, taking 40,000 lives every year, which is higher than in any other country in Asia. Other diseases such as polio, malnutrition and pregnancy-related complications cannot even be accounted for.

These are blow to Pakistan’s image of a self sufficient country. And the cracks are becoming visible now.

Recently, a famous story that was a highlight in the media sometime back, resurfaced, but this time with a sad angle. Zahida Kazmi, first Pakistani female taxi driver, recently recovered from a brain hemorrhage, but is still in despair because of further infections and poverty. She is now a patient of high-blood pressure and diabetes, which has become yet another hurdle in her life. Due to not having enough funds to afford proper medical care and run the house, Zahida had to sell her taxi and is now hoping for a miracle as she needs to earn to look after her youngest daughter.

And instead of helping her, the government has done what it does best – ignore her.

Another case was of Arfa Karim. Arfa, the 16-year-old child genius who became the world’s youngest Microsoft Certified Professional and a hero of Pakistan, died January 14, 2012, in a Lahore hospital after an epileptic seizure and cardiac arrest left her in a coma in December 28, 2011. Arfa had not only been a child prodigy but a bright symbol for the younger generation to look up to. But our government and the medical facilities available were unable to save the mastermind – even when Microsoft aided to send in doctors.

Many believe it was mismanagement and inadequate healthcare that killed her. If that is the case, we should be ashamed.

It is cases like these that make any citizen of Pakistan health question: what action is the government taking to curb these cases? What good is any government that cannot even provide a good welfare and healthcare system to support those in need?

According to the Planning and Development Division, as of now, there are 149,201 registered doctors in the country, which means for every 1,206 people there is just one doctor. That is the ratio we have which continues to decrease when it comes to nurses, medical officers and likes.

The government needs to focus on omitting these major problems that our country has been overshadowed with since time immemorial. We can’t keep losing our Arfa Karims and we can’t keep ignoring our Zahida Kazmis. An increase in the budget spending towards healthcare and education is by far the most compulsory step for the powers that be. A country can only prosper through its people’s health and wealth. It is time for our government to pull its socks and take this healthcare dilemma seriously.