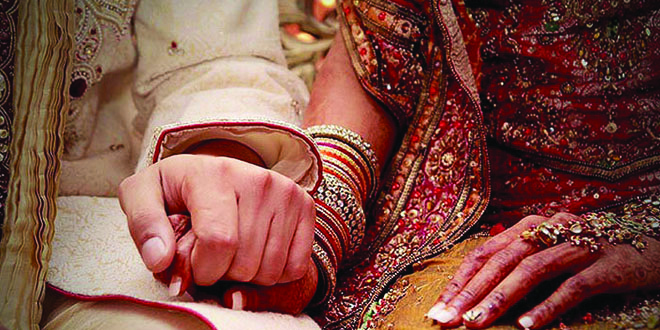 Why newly-wedded couples should use contraceptives

Marriage is a divine bond; it was the first relationship that was formed between two human beings, Adam and Eve. Even before the bond of child and mother, and the bond of siblings, the bond of marriage was formed.

This is reason enough to understand the importance and sanctity of this relationship. As much as this bond is about love and companionship, the prime reason of marriage is to keep the human race going on, to expand families and for two individuals to shape the minds of their children as per their own personal values combined.

However, at times the couple needs some time to adjust to the new routines that are always different from the life they led while they were single. The two people need to adjust to each other’s moods, personalities, and habits. They need to put in the effort and time to understand each other and get accustomed to each other, as well as the responsibilities that come with marriage.

As much as having children is very important, and it brings two people closer; it comes with challenges of its own. The period of pregnancy is full of mood swings and doctor’s appointments, and post birth period is all about taking care of the baby, bad sleeping patterns, vaccinations and what not. All of this can cause the couple to feel disconnected.

The mood swings, bad sleeping patterns, hormonal fluctuations, and the financial strain that comes after children can cause a lot of tension in the couple. These things can make them grow far apart instead of growing closer.

When two people already know each other inside out and have a strong bond, it gets easier for them to get through these problems. But if the basic foundation of the relationship is not yet formed, then it is unlikely for the entire family structure to stand on it firmly. Hence it is in everyone’s best interest to delay having children for a few months, or at least a year, and get to know each other.

Finances are another important factor. Newly-wedded couples are often not financially strong. So it is important to have some savings in store for the children. At times, lack of finances becomes a big reason for the couple to fight. This needs to be thought-out by the newly wedded couple beforehand.

It also important that the couple consults their gynecologist before approaching any birth control method; the two need to talk about it with a professional counselor about how to go about it, so both parties agree. No health risks should be taken; hence there should be frequent checkups to make sure the contraceptives are safe, as an imbalance in the birth control can sometimes make it difficult for the couple to conceive when they eventually want to.

Having children and a family is a natural human need. The affection that parents have for children is out of this world, and one cannot explain it unless they have felt it. One also wants to inculcate their values in an individual, and what could be better than a person who is made up of the values you and your partner follow; together.

But in order to make sure the journey goes smoothly, it is important that the parents themselves have a good relationship. When they have a significant bond of trust, loyalty and friendship, only then the child can be brought up in a healthy environment.