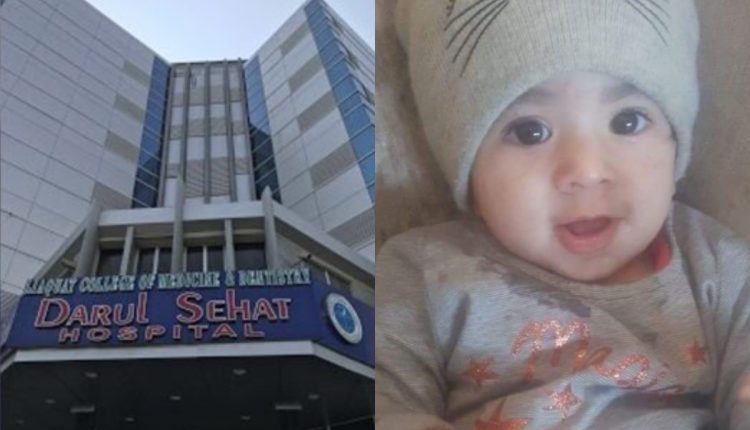 The Challenges of Medical Error Reporting in Pakistan

There is no official data on the figures, categories or locations of medical errors within Pakistan

A research study* published in 2016 stated that preventable medical errors are the third leading cause of death in the US, ranking just behind heart disease and cancer.

Keeping in mind that these statistics are from the US, which is considered to have one of the most advanced healthcare systems with highly qualified staff and state-of-the-art technology, one can’t help but wonder about the prevalence of medical errors in third world countries like ours.

Unfortunately, there is no official data on the figures, categories or locations of medical errors within Pakistan. Medical malpractice litigation is rudimentary and social media trials create a temporary hype but fizzle out as soon as some other breaking news takes over. Such a pattern can be noticed in the recent Nashwa case. The nine-month-old girl child was administered the wrong dose of injection at Darul Sehat Hospital. This caused paralyses to her brain that later caused her death.

The reasons behind the lackadaisical attitude towards something this serious is because there is a general confusion about medical errors, not only in the general public, but also within healthcare professionals.

Medical Error Reporting is not initiated from the patients’ end because of:

Inability to differentiate between negligence and medical complications

Medical or surgical procedures are often associated with side-effects or complications which is considered a risk of the procedure (example: nicking an aberrant blood vessel during surgery). Unfortunately, the general public is not aware of the difference between medical complications and gross negligence, which gives the doctor an opportunity to brush all errors under the carpet and blame it on the “Will of God”.

Related: Medical Mistakes May Be Killing A Lot More People Than You Think

Even if the medical error is uncovered and the patient’s family has evidence against the physician or hospital, the average individual is unaware of how to report the case to the authorities.

Government agencies are responsible for ensuring a safe healthcare system but the public isn’t aware of how to contact the concerned department, which eventually results in loss to follow up.

On the other hand, even healthcare professionals do not initiate Medical Error reports, despite recognizing the aspect of negligence, because of:

Just like in school, even in professional life tattle tales rarely have any friends. Healthcare professionals work together as a team and all members of the team from the senior consultant to junior ward boy feel that covering each other’s mistakes is part of their job’s responsibility. Anything which may tarnish the hospital’s reputation is rarely documented and never disclosed to the patient.

Focus on disciplinary action instead of preventive action

The Quality Assurance department of the hospital is primarily responsible for investigating, performing a root cause analysis and developing strategies to ensure the mistake isn’t repeated in the future. Unfortunately, many hospitals don’t even have a Quality Assurance Department and those that do focus on penalties and punishments instead of training and system improvements.

Having discussed both these stances, in my opinion, the most important reason why individuals do not report medical errors in Pakistan is:

The overall despondent situation of our judicial system has corrupted institutions all over the country and the resulting lack of accountability is the prime reason behind rampant medical errors.

Both the patient and the healthcare worker feel that reporting a medical error will be a waste of time, without any positive outcomes and may create more issues rather than solve them.

Medical Errors will be reported and subsequently analyzed only if we adopt a culture of quality and patient safety, which includes transparency of procedures and accountability of all clinical staff. Doctors have a higher degree of responsibility in these cases and we hope they lead this initiative and serve as role models of integrity and trustworthiness towards their patients, their hospitals and the community as a whole.