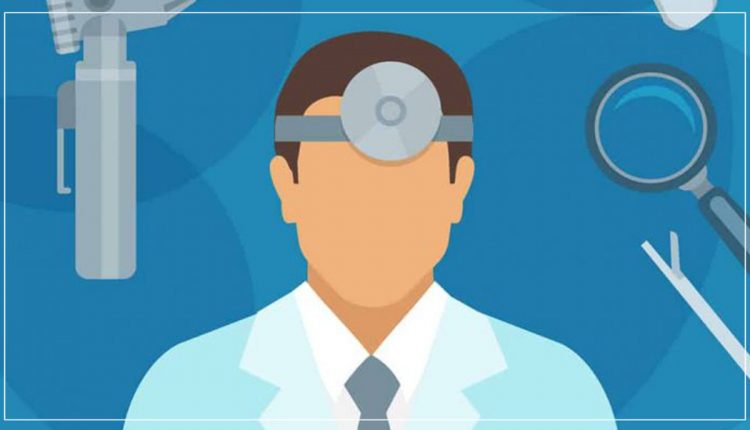 Ear, nose and throat specialists are medical doctors who diagnose, manage, and treat medical conditions of the head and neck. Read below for some of the common ENT health problems, which if you feel like you might be showing symptoms, you should go to an ENT specialist.

When left untreated, an ear infection can lead to a more serious infection, permanent hearing loss, and problems with speech and language development, so never delay seeing a doctor if you think you or child have an ear infection. The doctor may prescribe an antibiotic to kill the bacteria and recommend pain medications or prescription ear drops.

Ear Wax: This is a natural protector against infections and you should never try to remove it or you may end up pushing the wax further in and need an ENT doctor to remove it. However, there are cases in which excessive ear wax can accumulate in the ear canal, possibly causing ear pain, a plugged sensation in the ear, itching, ear odor and even hearing loss. If you want a way to keep your ear wax to a minimum then try flushing your ears by putting a few drops of hydrogen peroxide in each ear once a week. The wax will then come out on its own, but this is only for very healthy ears! Otherwise you could injure a burst ear drum further.

Ear Pressure Pain: The function of Eustachian tubes is to equalize internal and external pressure, which is why you experience ear-popping with elevation changes on airplanes. However, when the tubes don’t open properly, you can have ear pressure pain. On a normal day, the Eustachian tube opens about 100 times, but when it’s dysfunctional, such as when dust or allergies are irritating the lining, you may need to decongest it. For this a topical nasal spray can help and very rarely a malfunctioning Eustachian tube could be a sign of blockage by head or neck cancer so always get it checked by an ENT doctor.

Sinuses: Infected sinuses, also known as sinusitis, can cause facial and headache pain. When yellow or green pus is trapped in sinus cavities, your entire head aches and you may experience nasal congestion and possibly a sore throat or fever. There are a number of reasons for infected sinuses such as a virus, bacteria, fungus, or allergies. The best way to treat infected sinuses are to open them up using saltwater solutions, steam, nose sprays and irrigating the nose etc. If the cause is a viral infection, then it will generally resolve itself, while bacterial infections are treated with antibiotics. However, like with blocked Eustachian tube, tumors could mimic sinusitis symptoms, especially if symptoms are on one side so get them checked by an ENT doctor.

Nose bleeds: Nosebleeds happen due to a number of different causes such as dry air, allergies, colds, migraines and drugs (cocaine usage). Sometimes a nosebleed can be due to blood clotting disorders or being on blood-thinning medication. To stop a nosebleed, sit and lean forward slightly and squeeze the soft part of your nose and hold this till the bleeding stops. Don’t recline because keeping your head above your heart slows the bleeding and allows the blood to come out through your nose, instead of going down your throat. If the bleeding doesn’t stop then go see a doctor.

Post Nasal Drip: This is constant phlegm in the throat and has many causes such as pollution, dust, or an anatomical obstruction. Although the nose produces a quart of mucus daily, you will notice a change if the quantity increases or it is thicker than normal. Usually an increase in mucus production is due to an infection or an obstruction, and this the body’s way of flushing it out.

Strep Throat: This is an infection caused by a form of the Streptococcus bacteria and doctors test for strep when someone has a sore throat because of its dangerous complications, such as heart problems if left untreated. Strep throat is most common in children between 5 and 15, and symptoms of strep include sore throat, swollen tonsils, telltale white patches on the throat, fever, body aches, and even stomach pain. It is usually treated with an antibiotic, but if your strep test is negative, then your sore throat is probably due to a virus and won’t respond to antibiotics.

Hoarseness: When you speak, air moving through your vocal cords causes vibrations and this results in sound. If these components don’t work together properly then your voice can sound strained, raspy, or hoarse. The reasons for hoarseness are many, including your vocal cords being swollen from a cold virus or laryngitis. However, prolonged hoarseness can also indicate a serious problem, such as cancer, so see an ENT specialist if your symptoms don’t go away.

Dry Throat: This can be caused by lifestyle choices such as too much caffeine, not enough water, and smoking cigarettes. This would be the first place to start to help fix your dry throat. However, sometimes it’s just age since mucous glands start to dry up or that you are getting a cold.