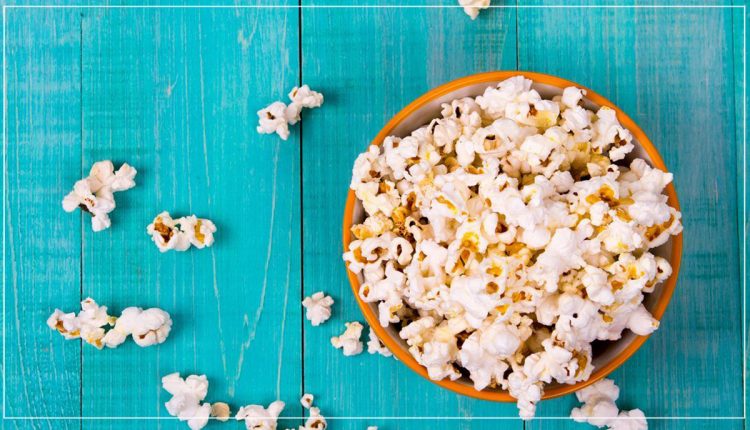 6 Shocking Foods That Keep You Slim

Being on a diet does not necessarily mean you start to starve yourself, thinking eating only makes your body fat. It will only lead to your fat eating off itself and then leaving you bloating off thin air. So, why take such a step with major after effects you’re actually trying to run away from in the first place? There is a great selection of tasty eats you can feed to your rumbling stomach that have shown to plank off your hunger. These kind of foods have the correct amount of a combination of size, nutrients, flavor and texture that help you to control your appetite. Embrace yourself, as you are about to discover the 6 shocking foods of your life that will help you to stay slim. Are you ready?

Feeling to fulfill a useless craving? Well, pick yourself your favorite movie to side by popcorn. Yes, that is right popcorn. It is packed with fiber, which helps you to feeling fully satisfied for hours because of slow digestion. But popcorn doesn’t just stop popping there. Researchers conducted a study that had a bunch of people being fed either popcorn or potato chips. They found, that 15 calories’ worth of low-fat popcorn was as appetizing and filling as 150 calories’ worth of chips. All popcorn lovers can now thank this popular snack that could be taken up during diets or in need of chowing down something that is low on calories and high in volume. Like they say, the more you chew on something, the longer it takes your brain the time it needs to register that you’ve had enough. Popcorn has more crunch and texture which makes it longer to eat and chew on.

When making a choice in the morning, go for a rye crisps or anything wheat like then a toast. Researchers have discovered that rye has a special type of fiber, known as viscous fiber that expands in your stomach to slow down digestion and aid the release of carbohydrates directly to your bloodstream. The outcome of this becomes lowered blood sugar levels as well as stable insulin levels, alas leaving you less hungry.

This shocking food is made with chili pepper, which is rich with an appetite killer called capsaicin. This special ingredient has showed in studies to have several weight-loss grains, like raising body temperature, which triggers the melting of calories and helping you to feel more full. According to a doctor, “Our taste buds harbor receptors that directly connect to our brains. When capsaicin hits these receptors, they respond by firing neurons that ignite the release of gut hormones responsible for satiety response.

These mushrooms have their own significant punch of taste. They are enriched with glutamate, the amino acid that includes savory 5th taste called Umami, which will cut down your hunger and make you feel satisfied. Umami is highly suspected by researchers for having meaty flavors to be responsible to the filling effect.

Many think this is the key to being fat, but how wrong they are. Potatoes contain resistant starch, a carb that is able to move through your small intestine without having to be digested. As it makes its way in the large intestine, bacteria that lives there feasts on there, producing substances known as short-chain essential fatty acids. These boost the development of special compounds, called peptides that send messages for a brain to tell you that you’re full.

Last, but not the very least, and even hard to believe- dark chocolate. Research has unfolded that the consumption of having a simple morning meal of dark chocolate gives less food cravings later on. You might even be able to consume 17% fewer calories at lunch. Dark chocolate is highly rich in fat and proteins but has less sugar than milk chocolate, which causes the slow release of sugars into your bloodstream.