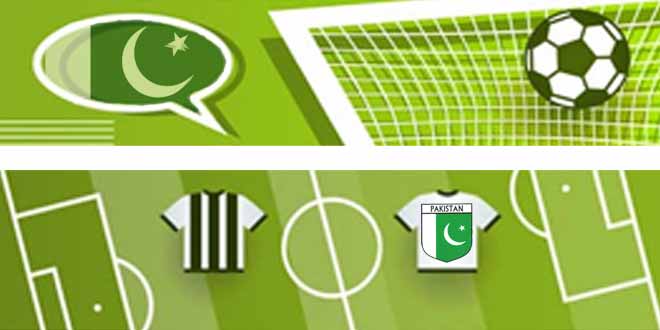 Japan FA is eager to improve and assist in improving Pakistani football in the years to come.

“Japan is a true friend of Pakistan who has always come to support the country in every walk of life. The people of Japan are highly hospitable and loving. Respecting both countries warm historic relations, Mr. Kuniya Daini President of Japan Football Association along with Kohzo Tashima Vice-President and Executive Secretary General has shown great interest for the development of football in our country”, said Makhdoom Faisal Shah Saleh Hayat PFF President.

The President PFF also stated that the Japanese FA would like to assist Pakistan Football by providing the following facilities.

The PFF delegation also visited the Nissan Football Stadium in Yokohama. There they met Mr. Mitsuru Murai, Japan League Chairman. A meeting was held between the two parties ensuring that football is given importance at all cost. They also had the chance to visit the football museum of Japan. There they saw art which greatly influenced Japan’s love for the beautiful game.

The delegates for Team Green met her highness Princess Takamodu Hon. Patron JFA at the Nissan Stadium, Yokohama. She took keen interest in the progress and development of football in our nation.

Pakistan Football Team played its FIFA World Cup 2018 qualifier game against Yemen on the 12th of March. The first leg of the tie was played in Doha.

After going down early Pakistan held on really well. Shots from Hassan Bashir and Saddam Hussain going just wide. They were sound defensively as well as they didn’t allow the Arab side to score more in the first half.

Although Team Green conceded two more in the second half, they played better. Kaleem Ullah and Hassan Bashir tried their best to reduce the deficit. The attacking duo played with great zeal and devotion. Attacking wise, Pakistan played well.

The next leg, which will be played in Lahore on March 17th, will prove to be the decider. Although they lost 3-1 to Yeme, Pakistan players will hopefully dig deep and play like warriors.

Team Green fans and team mates were counting on Captain Hassan Bashir and the very talented Kaleem Ullah Khan. Hassan Bashir has scored 3 goals and has assisted in his 11 games for the national side. Hassan plays his football for Svøbella N&I. He can prove to be instrumental in both the legs. Kaleem Ullah has scored 4 goals in his 23 appearances for the National Team. Kaleem Ullah Khan plays his club football for FC Dordei Bishkek. Both strikers will look to add goals in their locker. Zesh Rehman can also play an important part in both games. Muhammad Adil and Saddam Hussain might also prove to be great additions to Pakistan’s National Team. K.R.L FC defender Ahsanullah might also prove to be pivotal. Denmark-based, Nabil Aslam’s experience will provide greater insight for his team. He has played in the renowned UEFA Europa League for AC Horsens.

Pakistani youth wants their country to excel in football and make a name for themselves on the international stage. They want the country to utilize its immense talent to reach higher levels in football. The football fanatics have high hopes. Let’s hope Pakistan qualifies.