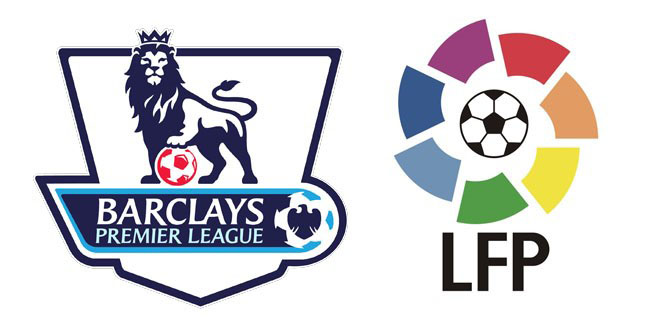 Another week comes to an end in the world of football. Great goals, outstanding strikes and a whole lot of drama were seen over the weekend.

If you were unable to see the action, worry not. Here we’ll review all the matches which were played in the top leagues of the world in a week-based round-up.

A total of six matches were played on Saturday in the Barclays Premier League in which the ball rattled the net on 13 occasions.

Chelsea’s woeful start continued as Jose Mourinho’s side was beaten 2-1 at the Boleyn Stadium. The defending champions went down in the 17th minute as Zarate rifled the ball inside the net. More misery was to follow as Nemanjia Matic was sent off just before the half-time interval. Eleven minutes into the second half, Gary Cahill equalized for the away side. West Ham continued to press and looked to carry out a shock defeat. Their endeavors eventually paid off as Andy Carroll struck an outstanding header into the net past Asmir Begovic. West Ham moved on to third place on the table, whilst Chelsea ended up lying low on the league’s scoreboard.

Jamie Vardy is in excellent form and last week he played an epic stretch in the Premier League. His 10th goal of the season came in the 59th minute against a resolute Crystal Palace side. His solitary goal separated the two sides at the end of the game. Full time score saw Leicester City 1-0 Crystal Palace.

It was a show of brothers at Villa Park as the Ayew brothers – Jordan and Andre – were in action for their respective teams. Jordan Ayew opened the scoring for the home side as his strike broke the ice in the 62nd minute. Six minutes later, Gylfi Sigurdsson scored an absolute peach off a free kick to equalize. Andre Ayew made it 2-1 to Swansea as late as the 87thminute as the away side completed an outstanding come back. Full time showed Aston Villa 1-2 Crystal Palace.

WATFORD BEAT STOKE AWAY FROM HOME

Skipper Deeney and team mate Abdi were on the score-sheet as Watford beat Stoke by two goals at the Britannia Stadium. Full time score was Stoke City 0-2 Watford.

RONDON’S STRIKE BAGGED ALL THREE POINTS FOR THE MAGPIES

Solomon Rondon’s sole strike proved to be enough for West Bromwich Albion to bag all three points on a trip to Carrow Road. Courtesy of the victory, West Brom moved on to the 10th spot on the table.

ARSENAL GUNS ON AT HOME

Arsenal proved to be too good for Everton as they beat the Merseysiders 2-1 at home. Goals from Olivier Giroud and Laurent Koscielny opened up a two goal margin for the home side. An own goal from Gabriel Paulista just before half-time made the Everton fans cheer up temporarily. Second half produced no goals between the two. Full time score found Arsenal 2-1 Everton.

Cristiano Ronaldo, Danilo and Marcelo were on the score-sheet for Real Madrid as they beat Celta Da Vigo by three goals to one away from home. Celta striker Nolito grabbed a consolation goal courtesy of a thunderous strike which Keylor Navas had no answer to.

Sevilla score five past Getafe at home. Kevin Gameiro scored a hattrick, whilst Ever Banega and Konoplyanka scored from the spot each to cap of a five star performance. Full time score showed Sevilla 5-0 Getafe.

Granada and Real Betis shared points on Saturday courtesy of a 1-1 draw. D Foulquier and RC Martin were on the score-sheet for Granada and Betis respectively.