The moment of truth is upon us (well, not quite) as we finally have our first taste of how the season finale is going to look like. Yes, I am talking about GoT’s trailer. The greatest tv show of all time graces our screens one last time. Not everything is certain from the trailer, but what I can say with confidence is that the show will be epic. The trailer has plenty of clues but here are my picks from it. Enough talking, let’s get to the trailer breakdown

What is Bothering Arya? 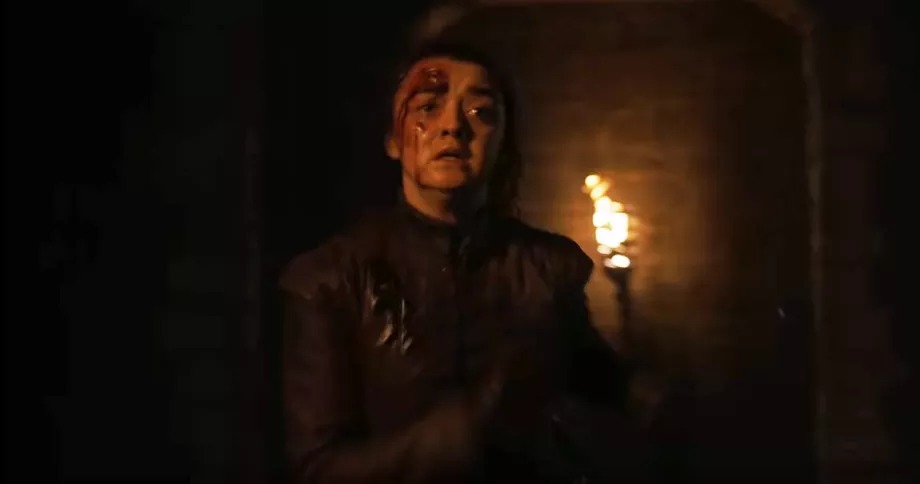 Let’s talk about Arya, our heroine. We see her running from someone or something with a half-bloodied face. She looks petrified – an emotion we do not associate with her. The stone corridors and torches are strong evidence that she is in Winterfell. Are the White Walkers chasing her or have her friends betrayed her?

In another sequence, we hear Arya saying, “I know death” and the camera cuts with her holding what appears to be a piece of dragonglass. Remember, Arya is already in possession of the Valyrian steel dagger that was used in the assassination attempt on Bran in the first season. So, common sense tells me she does not have much use for a dragonglass. Is it a weapon she is possibly using to thwart the threat coming down from North?

What has Varys Seen? 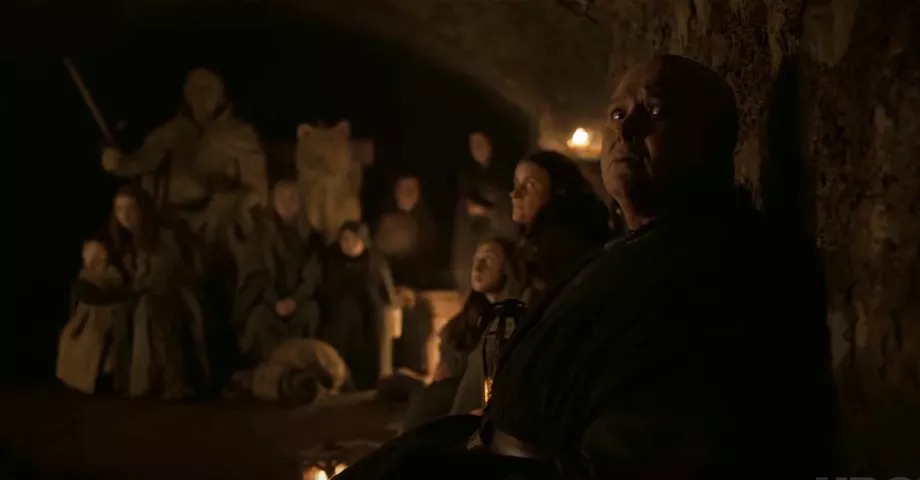 During the part when Arya is giving her voice over, we see Varys and a group of people taking shelter in the Winterfell crypts and they all look pretty damn serious and concerned. Something is definitely up. 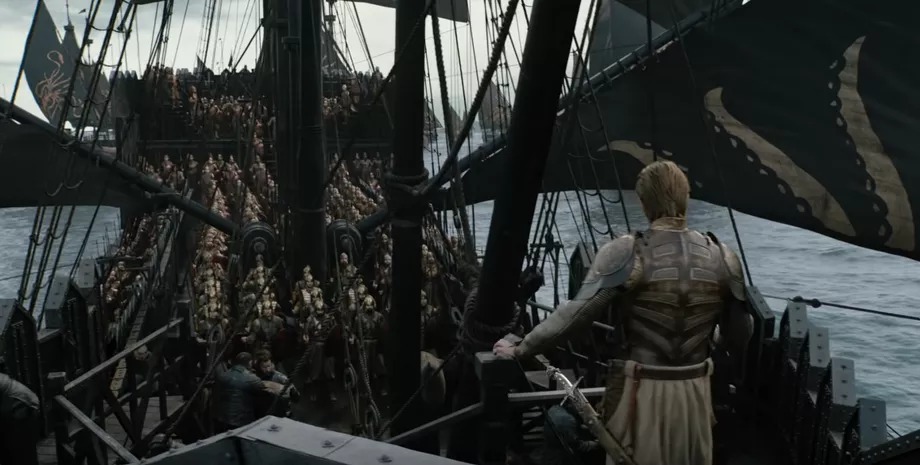 In the previous season, we witnessed how Cersei requested help from Essos, whilst secretly enlisting the mercenary soldiers of the Golden Company to help in her battle against Jon and Daenerys. What’s clear is that Cersei is in no mood to align with Jon and Dany to battle the White Walkers and is merely bringing in reinforcements to strengthen her hold on Westeros. This brings us to the question, who is on the deck of that group?

Beric and Tormund will have One Final Say 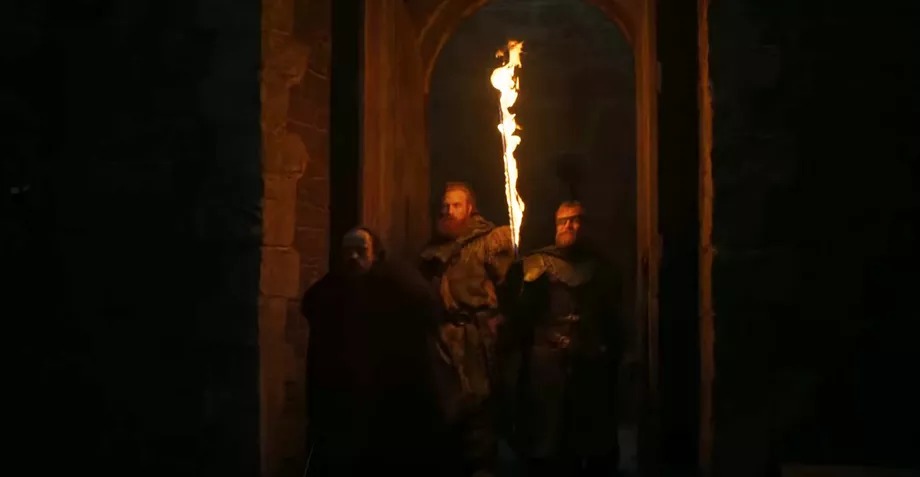 I was quite confident that they survived the Night King’s attack on the Wall, but with the trailer, it is now confirmed. What does this mean, hm?

What is Cersei Up to? 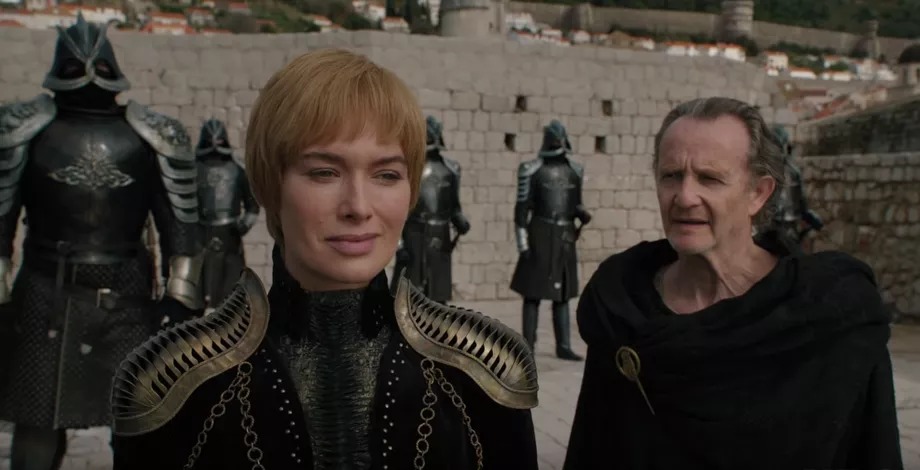 Based on what I see in the background (rolling hills), Cersei, Qyburn and Ser Gregor Clegane appear to be at King’s Landing’s docks (to welcome the Golden Company to Westeros?). However, take a look at Qyburn; Cersei’s most trusted man looks a figure of confusion. Is it possible that the in charge of the Citadel has switched sides or is there something else going on?

What’s Up with the Boy in the Tree? 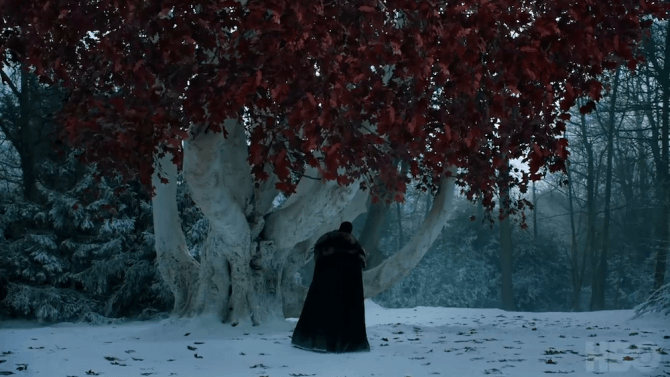 Just as Bran exclaims, ‘home’, the trailer shifts back to Winterfell and the Unsullied army’s arrival. If memory serves you well, this shot recalls a scene from the very first episode, when Bran witnessed Robert arriving at Winterfell from the castle. Now, this character cannot be Bran obviously, so who is this boy and will he affect how things shape up? 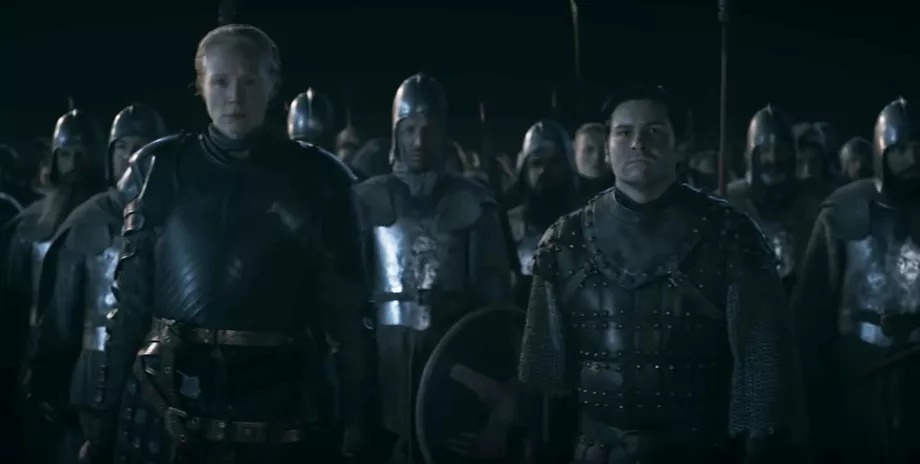 If there is one thing that can be said with certainty is that our heroes almost always bite the dust. This battle is most likely to happen in Episode 3 as reported by various sources and is directed by Miguel Sapochnik (he also directed the 3rd and 5th episodes). Now, it is common sense that HBO would never reveal what happens in the penultimate episode, so the battle of Winterfell has to take place in the third episode, which ultimately means that our heroes cannot win the war in the first half of the season, right?

Do you have something to add to the trailer, let us know in the comments below!