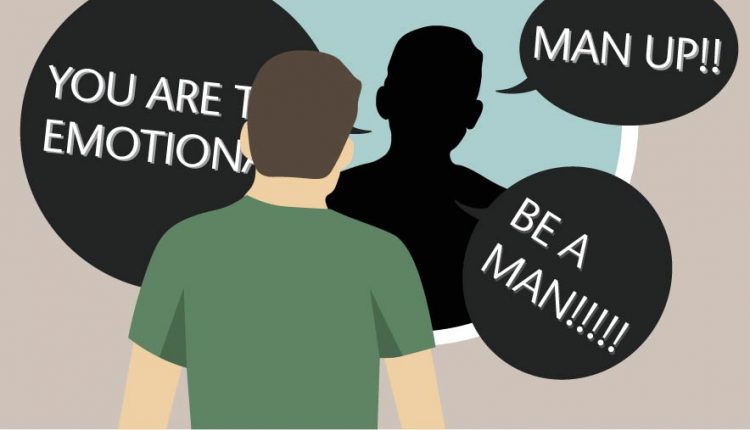 This post was developed via a partnership with BetterHelp.

Men’s mental health is often treated as taboo, partly because our society expects men and boys to be ‘tough,’ ‘strong,’ and ‘masculine,’ a concept that seems to elude important things like physical and mental wellness. In fact, research shows that the majority of men would prefer to do almost anything before seeking medical care. For example, in a 2019 survey, more than 70% of men said that they’d rather do any household chore, like scrubbing the toilet, instead of going to a doctor’s appointment.

But, whether we like to accept it or not, mental illness does not discriminate. They can affect men, women, girls, and boys of any race and age, regardless of their ethnicity or economic situation. This is why we need to talk more about the mental health of boys and men.

Unfortunately, the stigma that exists around men and boys’ mental health has caused somewhat of a silent global pandemic, according to experts. For example, men of all ages have the highest suicide rates in places like the United States, the United Kingdom, and Australia. And by the same token, there has been an alarming rise in suicides among teen boys for the past two decades, which has become more than four times higher than the rate of girls in some countries.

Another issue adding to the stigma around men and boys’ mental health is that men experience fewer mental health issues than women. This misleading fact can make boys and men feel ashamed and self-conscious about their emotions and prevent them from reaching out for help.

Although anyone can develop a mental health disorder, men and women can sometimes experience different symptoms due to a mix of biological and cultural factors. Plus, there’s evidence that whereas women are more likely to be diagnosed with mood and anxiety conditions (depression, bipolar, generalized anxiety disorder), men are most frequently diagnosed with substance abuse and behavioral disorders.

Here are a few potential mental health symptoms for men and boys.

What should I do if I’m concerned about my or my son’s mental health?

The first thing to know is that there’s no shame in feeling bad, nor there’s shame in seeking help if things are not going great. If you are experiencing any negative symptoms or emotions that are interfering with your daily life, consider scheduling an appointment to talk to a healthcare professional like your doctor or a licensed mental health provider.

There are many treatment options that can help you feel like yourself again, including talk therapy, online therapy, medication, support groups, and more. Learn more about diagnosing and treating men’s and boys’ mental health disorders here.