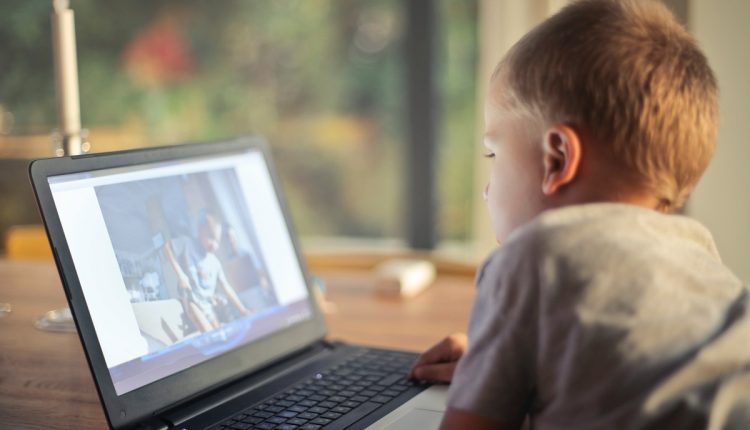 How Much Screen Time Is Too Much For Your Kid?

Screen usage is not just an addiction, it delays brain development

Whether we like it or not keeping kids busy with a tablet in their hands is convenient. Mothers are able to go about doing their house chores with ease, knowing that their little one is busy watching his favorite cartoon in a corner of the room.

And with Ramazan going on, it is even more easier for moms to handover a tablet or a phone to the toddler while she runs errands around the house. Let’s also not forget that most mothers have little help when it comes to taking care of children from their significant others.

But is all that screen time good for a toddler?

According to a recent Canadian study that tracked nearly 2,500 two-year-olds, too much screen time can delay a child’s development skills, such as, language and sociability.

In fact, experts in the West say a child should not be allowed to use a screen before they are at least 18 months old. These screens may include watching TV, gaming and using a computer, tablet, phone or any other screen-based device. However, video calling with, for instance, grand parents should be allowed as it is interactive and helps the child’s development.

For parents, it is important to note that the first two years of a child’s life are when he/she develops its brain. As a result, it is pertinent for them to explore their environment than spend time huddled up in front of a screen. A child needs to experience many sights, sounds, tastes and textures.

Moreover, interactions with children their age as well as adults help a child learn about the world around them.

However, it is not necessary to cut all usage of screens at once. But instead parents should be a part of it. They should get involved in viewing programs or playing games on a screen with their child. This will help build the child’s cognitive skills.

Related: 5 Activity Ideas Mothers Can Enjoy With Their Kids

And as for children who are two and above, restrictions on how much time should be spent on a screen-based device should be worked upon by parents.

Guidelines given by the American Association of Paediatrics’ (AAP) suggest that children over two should be allowed two-hours of screen time. However, this time can be increased by parents depending on the lifestyle of the child.

American Association of PaediatricsScreen time
Comments
Loading...
Stay With Us