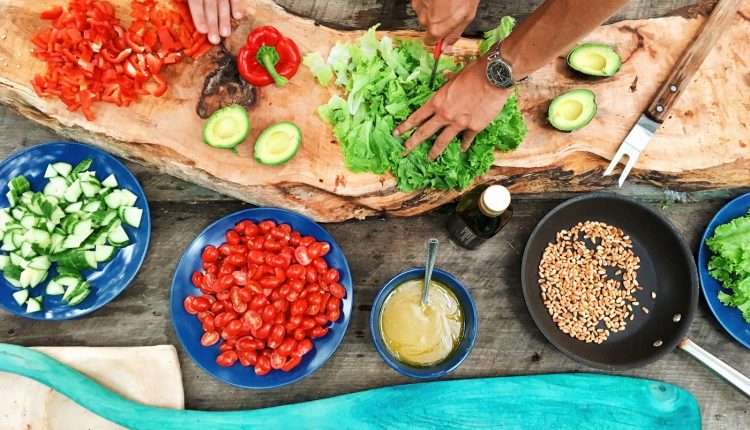 In order to adopt a healthy way of life a lot of people switch to meat-free diet while some become complete vegetarians for spiritual reasons.

Vegetarian diet is a regimen that only consists of plant-based food, for instance, vegetables, fruits and anything which does not contain meat. Those who don’t even consume dairy products and eggs are called vegans.

Twenty-nine-year-old Ramsha Ali became a vegetarian three years ago because of spiritual reasons. “Since I practice yoga, I know animal slaughter is basically a violation of animal rights. I started reading up on it, talked it out with experts and friends and finally started the diet for a week.”

Ali shares that she didn’t eat meat for a week and felt good. “Not even once I felt like I was missing out on something. My body also felt better and lighter,” she recalls.

A teacher by profession, Ali says after all these years of being a vegetarian, she never feels tempted to eat meat and intends to continue to be a vegetarian. She adds she grew up listening from her elders that meat makes one stronger and hence we should eat it, but she never believed it.

“After becoming a complete vegetarian, I got my hemoglobin and blood tests done and the results were even better than before. Even, my physician was surprised to see the positive results. I was a little concerned that not eating meat might have some kind of effect on my health. But it didn’t and I felt better too.”

Moti Khan, a senior dietitian/RD and the assistant manager at the Clinical Nutrition Section at the Aga Khan University, says eating meat-free diet does not cause any major health issues. Some people opt to become vegetarian due to religious and cultural reasons and it is completely fine. But, these days, people seeking a healthy way of life and a smart physique become vegetarian. They consume a lower proportion of calories from fat and enjoy better health.

She explains there are five types of vegetarians:

According to Khan, studies encourage people to consume more vegetables, fruits and lentils and to avoid frozen and processed meat. She adds becoming a partial vegetarian is good because we get anti-oxidant from vegetables. “People who are partial vegetarian generally have good immunity and have lower frequency of having diabetes, high blood pressure, obesity and cancer,” she say.

Downsides of being a vegetarian

As per the National Nutrition Survey, those who take meat-free diet can become protein, iron, zinc and Vitamin B/12 deficient. Especially children who are vegetarian or women who are pregnant or lactating. The deficiency of iron, Vitamin D is common among Pakistani females and children under the age of five years.

There are potential pitfalls to meatless diet, says Khan. But using fortified food and consuming multivitamins as per the level of deficiency can help people overcome these issues.

Khan adds for better iron absorption, it is recommended to have Vitamin C rich foods. These include lemon juice and citrus fruits and avoid excessive amount of tea and coffee as the caffeine present in it inhibits the absorption of iron from the diet.

However, according to a recent research from Harvard, vegetarians don’t suffer from heart problems because the quality of the plant-based foods matter. It revealed that people who ate healthier plant-based foods had a 25% lower chance of heart disease, while those who ate unhealthy plant foods had a 32% higher chance. The research also stated that vegetarians are up to two times less likely to have type 2 diabetes than non-vegetarians. Moreover, those on vegetarian diets had better blood sugar levels and more weight loss.

On the other hand, Mufti Faisal Japanwala, who teaches Islamic Studies at the Iqra University, says it is Halal to eat meat. Therefore, it can be consumed. “Our religion teaches us to adopt moderation in all things, but if someone wants to opt for a vegetarian lifestyle for health or spiritual reasons then it’s perfectly fine,” he adds.

How Are Eating Disorders Treated?

How Dieting & Fitness Can Enhance Your Dating Life