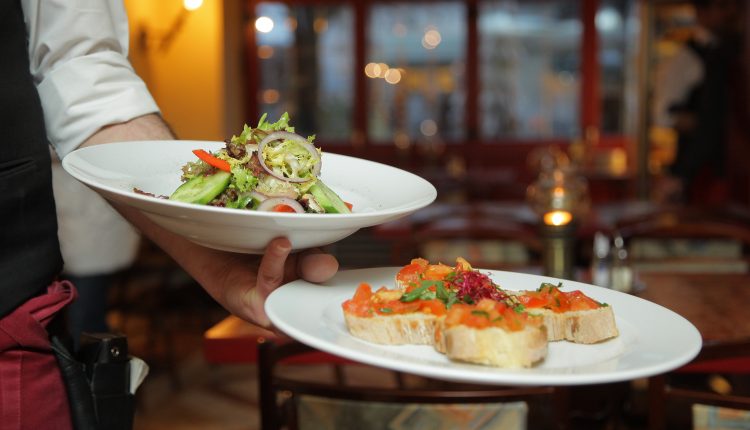 APRA Responds to Hue and Cry About Restaurant Nominations

APRA, the All Pakistan Restaurant Association, recently released a list of nominees for a variety of food categories. These Karachi centric awards nominations received criticism at the least and worked its way up to sheer bewilderment.

Among many reasons, one is the fact that many of our favorite restaurants, and key Karachi favorites, did not make the cut.

However, APRA has reached out to clarify the selection process as well defend its stance on the authenticity of the awards.

Q: How did APRA come into being?

A: APRA was created to protect, safeguard and promote the rights of the restaurant industry. APRA aims to provide a bridge to restaurants and represent them at federal, provincial and local level with regards to government or any legal body.

Q: What is the vision of these awards? Would you like it to be a yearly affair?

A: As per the statement by Waqas Azeem, the Chairman of APRA at the launch event: “We are a nation of foodies and the central idea of starting All Pakistan Restaurant Awards is to further grow the booming Pakistani restaurant industry. Not just that, but we want to bring positivity to the forefront by giving our restaurants a platform where they can come together and have their efforts recognized. Along with this, our aim is to maintain food and service excellence within the restaurant industry through healthy competition and provide restaurants with an alternative avenue for increased recognition.”

Yes it is our desire that the awards become an annual feature and an event that is looked forward to by the restaurant industry and the public.

Q: On what basis was the panel created?

A: In choosing the panel, we wanted:

Q: Why are some of the biggest names in the business missed out?

A: The APRA Awards were announced on 9 July, 2019 in a Press Conference held in Karachi. It stated that any restaurant that wishes to participate in the awards needs to nominate themselves and register on the website by 25th July, 2019.

Social media and national television were used so that restaurant owners and the general public could be aware of the awards. The system processes all the restaurants that gave in their nominations and jury further shortlists the entries. Choosing the final 7 nominees in each category was not an easy job but a final list had to be prepared.

Q: Even if they did not nominate themselves, don’t you feel that it will affect the authenticity of these awards?

The restaurant industry in Karachi is quite vast and we would have loved to have entries from a larger variety of restaurants. However, we are quite pleased with the entries that we did receive. We don’t feel that the credibility of the awards is called in to doubt because certain restaurants did not (for their own reasons) participate.

Q: How does the panel ensure the quality of the nominees to maintain the sanctity of the awards?

It was a self-nomination process. All restaurants filled up an entry form and then a questionnaire. We received 180+ forms from which the restaurants were nominated. Each restaurant was only allowed to nominate itself for 2 categories. The jury decided whether the restaurant qualified for that category or not.

As far as the Restaurant of the Year nomination is concerned, McDonald’s is an extremely popular brand that appeals strongly to the masses. It’s something that can’t be ignored. And truth be told, we all remember the excitement when the first outlet opened at North Nazimabad and the rush to go and visit.

What do you guys think of APRA’s response? Let us know in the comments!