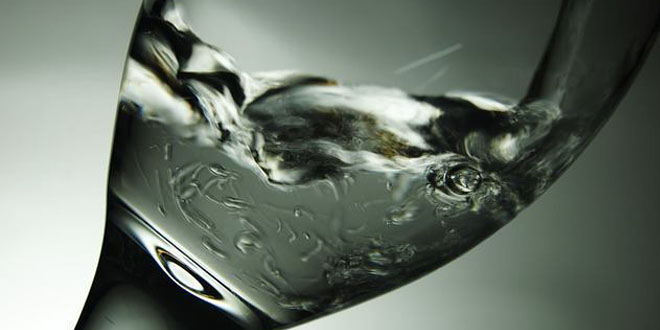 Planning to drink an entire liter of water during iftar? Don’t.

Thirst is something that almost everyone experiences while fasting. Although we try to hydrate ourselves in sehri, it is usually of no avail come midday. And as summers persist, so do perspiration and need for water. But going without such a vital element of our lives, for 16 days every day, for an entire month, can take a toll on our bodies.

Since the body continuously loses water during digestion, breathing, perspiration and the likes, it is highly important to have a steady intake of fresh water in your body to keep your organs normal.

But how do we do that during Ramadan? And how much water is needed to stay hydrated enough?

On June 30, 2015, Health TV aired a show about how one can stay hydrated while fasting in summer. Dr Mashraib Jillani, a general physician at Al-Atta Clinic, spoke on an important issue, which pertains to something that we all do while breaking our fast – that is, drinking too much water at once.

Dr Jillani explained how drinking too much water at once can be very harmful for health and told better alternatives. Staying thirsty for hours can be tough for many, but we need control the urge to gulp in too much liquid and we should not take more than two glasses of water at iftar. She further explained that after we pray and relax for a while, we can hydrate ourselves further by occasionally sipping juice or water with some gaps and not taking in too much at a time.

If you drink a good amount of water, that’s great, nut when you drink too much too fast, that’s when we have a problem. When you drink a lot of water, the sodium levels in your blood drop; sodium is supposed to keep the fluids in your body balanced. But when the water level in the blood increases rapidly, the sodium goes inside the cell from the blood and causes your cells to swell up. While this swelling is generally very harmful, however, if it occurs inside the brain cells, it can be fatal.

The condition in which this happens is called hyponateremia. Symptoms include confusion, headaches, nausea and bloating – these symptoms are often confused with dehydration. In serious cases, hyponatremia can prompt seizures, organ disappointment and even demise.

Drinking too much water will also cause you to urinate a lot. In this case your body will not absorb as much water as it will excrete. The body has a natural mechanism when it comes to excessive water intake; the kidneys expel all the extra water that is not needed at that time, which leads to your body having less water even after you have drank a lot.

However, what’s more dangerous than gulping too much water is drinking too much sugary water. When the drink has a large amount of sugar, the solute in the body increases, causing the body to use its stored water; this too could lead to dehydration. So it’s better to alternate between sugary drinks and water, in order to keep a balanced water level.

Drinking water is important, but drinking too much at once can be harmful. Dr Jillani advises to take two glasses of water at once and then continue after eating and praying. Water should be taken regularly in the time between iftar and sehri so that it is stored in your body for the next day.

So the next time you are planning to devour an entire liter of water during iftar, don’t. It will do you more harm than good.