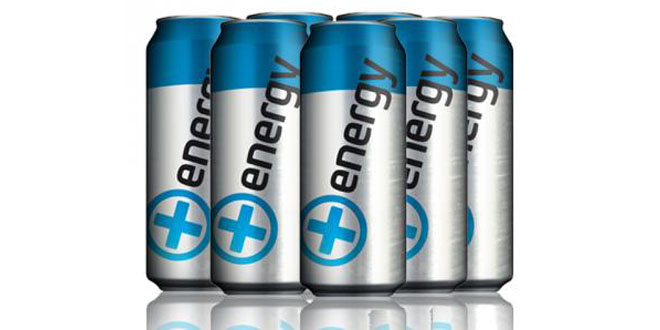 Energy drinks: How safe are they?

Energy drink intake is a growing health concern, as there are very little regulations and its use is awfully increasing, especially in younger age group.

With considerably higher caffeine than coffee beverages or soft drinks, plus the addition of poorly studied ingredients, there is a significant probability of harm, especially when consumed in large quantities.

People are getting more concerned about energy drinks in recent time – but their concern is mostly restricted to religion and society.

Here are four medical issues associated to the drinks.

Recently, various energy drink companies around the world have been reprimanded for causing serious conditions, including heart attacks.

As per one case of a 28-year-old Australian man, who had no history of any chest pain, suffered a heart attack after he consumed eight cans of an energy drink.

The components of an energy drink, like caffeine, shoot blood pressure and boost heart rate – as per the above case, where one can of the product contains 40mg of caffeine.

Caffeine causes heart cells to discharge calcium, affecting heartbeat and eventually leading to arrhythmia. Other components of the energy drinks can upset the balance of salts in the human body, which links to arrhythmia.

The studies conducted on energy drinks or its components on miscarriage have showed mixed results – but why take a risk?

One study, comprising of more than 1000 pregnant women, showed that those consuming more than 200mg of caffeine a day (not just from energy drinks but in total) were twice as likely to have a miscarriage compared to rest of the women.

A second study, however, found no link between caffeine consumption and the risk of miscarriage, but mind you, this research was on a smaller scale and only restricted to women on 20-weeks of pregnancy.

Gynecologists consider the latter study inconclusive and therefore restrict pregnant women from not just energy drinks but any caffeine intake above 200mg a day.

A study comprising of more than 1000 students concluded that students who were habitual energy drink consumers in second year ended up as users of stimulants or painkillers (prescription drug abuse) in their third year.

The research was published in the Journal of Addiction Medicine.

Students heavily rely on energy drinks to stay awake all night to study for their examinations but current evidence shows that excessive consumption of the drink or its components can lead to impaired cognition – that is, a stage which affects minds cognition ability:  memory, language, thinking and judgement.

As per the study a moderate consumption of drinks with caffeine, around 40mg, improved the performance of the subjects while higher consumption of the drinks equivalent to the levels (80mg) found in one Red Bull (250mg) can – adversely worsened the cognition.

ONE SPECIFIC CASE FROM TEXAS

A 26 year old man from Texas, USA suffered a heart attack and has filed a case against the energy drinks. He was healthy, but a habitual energy drink consumer and had been smoking for the last 5 years.

The 26 years old patient was brought to the hospital after nine hours of chest pain – he was sweating and reported vomiting before arrival – plus his left arm felt numb.

The person was given a routine procedure for heart attack and after his recovery was strictly advised to stop smoking and quit drinking energy drinks.

As per his case report, “excessive levels of caffeine and other potentially harmful substances in energy drinks may have reduced the flow of blood in the man coronary blood vessel to an extent that a blood clot might have formed, causing the heart attack.”

Meanwhile, Dr. Robert Ostfield, cardiologist in his review wrote that this single case cannot determine a cause and effect relation between heart attack and energy drinks – but it could not be ignored, for considerations in further cases.

The case was published in the Journal of Case Reports in Emergency Medicine.

It can hardly be debated that energy drinks are good for health; People can feel energized via hundred other ways. Someone who wishes to feel energetic must sleep well and eat a balanced diet. Even music therapies or scenic therapies energize a person – as recommended by Dr. Robert Ostfield.