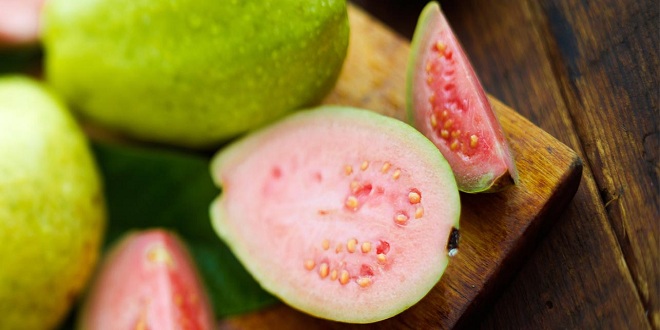 Every Tom, Dick and Harry can tell you that lemons and other citrus fruits are loaded with Vitamin C. However, only Tom and Dick would be able to tell you why Vitamin C is important, and I doubt even one of them would be able to list 10 more foods rich in Vitamin C.

Vitamin C, also known as Ascorbic Acid, has a multiplicity of uses. We know that in aids in reducing the severity and intensity of colds. Additionally, it is important in the synthesis of collage, thus aiding in bone, skin and blood vessel health. It is also a potent antioxidant, thereby reducing damage invoked by free radicals and allowing us the age better.

So we’ve established that all of us need more Vitamin C in our diet, but how much? The Food and Nutrition Board at the Institute of Medicine proposes that men get 90mg of Vitamin C a day and women get 75mg. Now let’s move on to where one can get this all-important vitamin from. You’ll be hard-pressed to find someone who doesn’t like strawberries. Sweet and tart, these are a favorite in many dessert specialties, not to mention they taste amazing on their own! Not many are aware that they’re also a well-store of Vitamin C. Papayas are a great source of vitamin C, to the extent that one serving caps your daily recommended amount! They are also high in Vitamin A. All the more reason to use them in your smoothies and desserts, although they are a bit of an ‘acquired taste’. Kiwis are good for you on many levels. In addition to being loaded with Vitamin C, one kiwi also has the same amount of potassium as a banana! Tomatoes are another great option, especially sun-dried tomatoes. One hundred gram helping gives you 70 percent of your daily recommended allowance. Bell peppers should be on top of your shopping list if you find that you’re lacking in vitamin C. Deficiencies of this vitamin manifest as weak gums and frequent infections. In addition to these benefits, studies have shown bell peppers to possess cardio protective purposes – that is to say, they decrease the likelihood of developing blood clots or heart attacks. Incorporating bell peppers into your diet can also help fight off cataracts, because of the high content of beta-carotene. Yellow bell peppers are thought to be the healthiest. Make sure you’re getting a heavy amount of dark leafy green vegetables in your diet. Spinach, watercress and kale, especially are an excellent source of Vitamin C. Guavas are a major player when it comes to ascorbic acid, with one guava containing over two times ones daily recommended requirement. Guavas are commonly referred to as a ‘superfood’, because they contain an abundance of folic acid, fiber, potassium and manganese. Brussels are another nutritional powerhouse, while lacking in the taste department, they contain formidable amounts of Vitamins A, C, K and folate. Watermelon is another great way to bulk up your ascorbic acid intake. I bet you didn’t expect to see cauliflower on this list. While not as rich in vitamin C as some of the other foods on this list, it certainly has enough to at least deserve an honorable mention.

Ways to Figure Out your Skin Type at Home