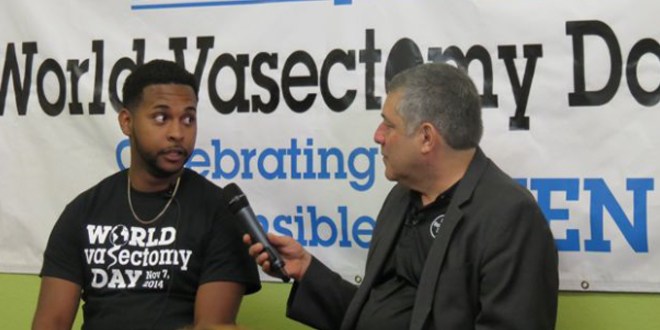 World Vasectomy Day: Thousands of men to be sterilized globally

Thousands of men around the world are to be sterilized Friday in what organizers have dubbed a global “vasectomy-athon”, to encourage men to take a bigger role in family planning.

Some 750 doctors in 25 countries are to perform the procedure on over 3,000 volunteers to mark World Vasectomy Day, with many operations being provided free or at discounted rates.

“In helping to shoulder responsibility for family planning, men become heroes to their partners, to their families and to our future,” said event co-founder Jonathan Stack.

The event is being held as a report from campaigners and donors warned efforts to get modern contraceptives to women in some of the world’s poorest countries are not on track, with millions fewer reached than had been hoped.

At a ceremony in a temple on the Indonesian island of Bali, the headquarters for World Vasectomy Day this year, the first six men to undergo the procedure were presented to an audience before being taken outside to mobile health clinics to be sterilised.

Around four in 10 pregnancies worldwide are unplanned and event organisers said that family planning is still too often left to women, who are the ones who must deal with the consequences of unintended pregnancies.

In many countries, less than one percent of men get vasectomies, despite the fact the procedure is safe and in the majority of cases has no affect on sex life, the organizers said.

In Muslim-majority Indonesia, efforts to persuade men to get vasectomies have been hampered after the country’s top Islamic clerical body several years ago declared the procedure “haram”, or against Islamic law.

Elsewhere around the world the procedure is burdened by bans and controversies, and in many countries campaigners have to overcome the misguided belief that it impairs a man’s virility.

Prominent vasectomy doctor Doug Stein, who has performed the procedure on over 30,000 men and founded World Vasectomy Day with Stack, told the Bali audience that the operation was positive for men, their families and societies.

“It seems to be a wonderful option for men who have had as many children as they want,” he said.

Friday’s event was the third World Vasectomy Day, with the first held in 2013 and headquartered in Australia.

Organisers chose to base this year’s event in Bali to coincide with an international family planning conference that had been due to take place on the island, but which was postponed after volcanic ash closed Bali airport for days.

A report that had been intended for release at the Bali event on Friday showed that over 24 million more women and girls in poor countries now have access to contraceptives since a 2012 commitment by donors and campaigners to make them more available.

But this is 10 million fewer women than had been hoped, according to the progress report.