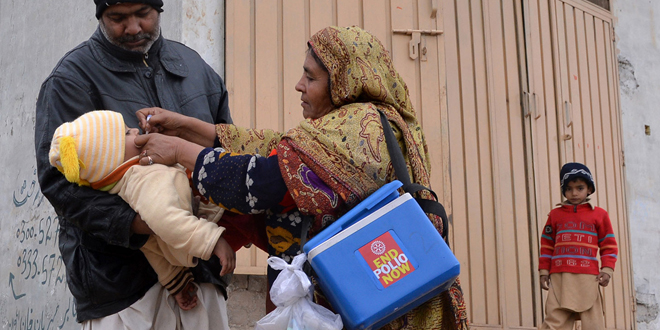 Dr. Michel J announced that feature join workplaces would be set up by WHO at common level for better coordination and correspondence. In this way, the health sector can be improved and there would be prevention of diseases.

During the meeting, Malik said that the health sector has improved substantially after the chief minister’s ‘Health Road Map Program’ implementation in Punjab. He mentioned that an E-monitoring system has been introduced to monitor vaccinators for routine immunization coverage and to ensure the presence of vaccinators in the field.

Director General Health, Dr Zahid Pervez, was also present in the meeting. He praised the Country Head of WHO for the relief activities that were carried out by provincial government during the floods in districts of Punjab.

A three-day National Emergency Action Planning Workshop took place from July 27 to 29. It was attended and chaired by the minister’s focal person for Polio Eradication, Senator Ayesha Raza Farooq. She said that there was visible progress made last year to control the risk of polio virus, however continued efforts need to be made by all polio eradication partners involved.

The Health Secretary of KPK, Mushtaq Jadoon, said that the workshop evaluated progress towards the eradication of polio and analyzed the grey areas.

According to the minister for National Health Services, Saira Afzal Tarar, the two challenges that effect the eradication of polio are insecurity and inaccessibility.