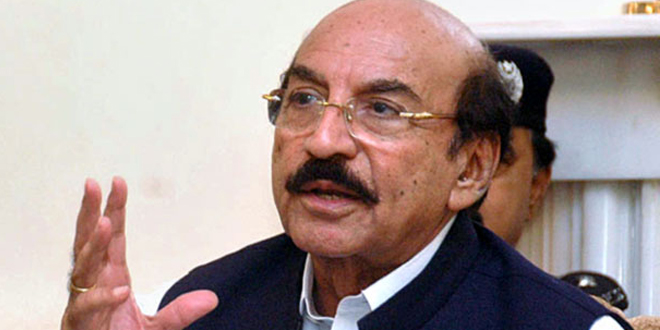 Chief Minister Qaim Ali Shah has strictly directed the Karachi Water and Sewerage Board (KWSB) to make water chlorinated in all parts of the metropolis and an awareness campaign has been launched with regards to growing diseases like naegleria and dengue among masses.

Jam Mehtab Dahar told in the meeting that he has inspected the system of water supply from Dhabeja to the main conduit, where he found out that KWSB is mixing a higher doze of chlorine than it is prescribed to do so but since the supply-lines of the water are old, chlorine is evaporating from wherever the chlorinated water is exposed to oxygen from leakage. This is why the samples of water collected from different areas indicate negative results.

The CM suggested that the task of chlorination process be assigned to honest and dedicated officers.