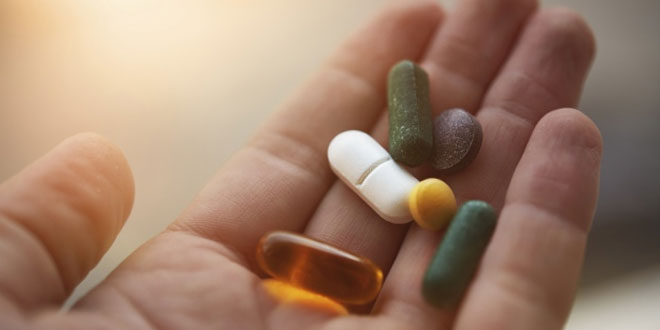 This vitamin could help delay the ageing process in organs

An international study, published in the journal Science has led to a promising breakthrough in the field of anti-ageing medicine. A vitamin called nicotinamide riboside (NR) — already known to boost metabolism — has been found to restore the body’s ability to regenerate and repair itself.

The regenerative capacity of cells and organs deteriorates with age. The “powerhouses” of cell function — called mitochondria — lose energy over time and prevent cells from regenerating as they once did.

Research teams from Switzerland, Canada and Brazil studied how these changes occur over time. The role of mitochondria in metabolism has already been identified, but the scientists were able to demonstrate for the first time that healthy, functioning mitochondria were important for stem cell function.

In younger bodies, these stem cells usually regenerate damaged organs by producing new, specific cells. “We demonstrated that fatigue in stem cells was one of the main causes of poor regeneration or even degeneration in certain tissues or organs,” explains Dr Hongbo Zhang, a PhD student on the team.

The study set out to revitalise stem cells in the muscles of elderly mice by giving them nicotinamide riboside (NR). This substance is close to vitamin B3 and is a precursor of NAD+, a molecule that plays a key role in the activity of mitochondria. NAD+ levels can be diminished by the stress related to ageing.

The findings, published in the journal Science, proved highly promising. Muscular regeneration was found to be much better in mice that were given NR. These mice also lived longer than those not given NR. As yet, no negative side effects have been observed from NR use, even at high doses.

The NR vitamin has been discovered in milk. It’s also thought to be found in beer, but the nutrient’s presence is very difficult to measure and quantify. In fact, it’s not yet known precisely which foods contain NR or in what quantities, the specialists explain. The compound is currently on sale in the form of dietary supplements, but as yet there are no scientific guidelines recommending their use.

For the researchers, the study represents a major breakthrough for regenerative medicine, highlighting a potential future means of reestablishing the body’s own ability to repair itself with a dietary supplement.

The findings also hold promising possibilities for the treatment of potentially fatal conditions affecting young people, like muscular dystrophy (a form of myopathy).

However, more detailed studies are required to investigate the action of this substance on pathological cells.