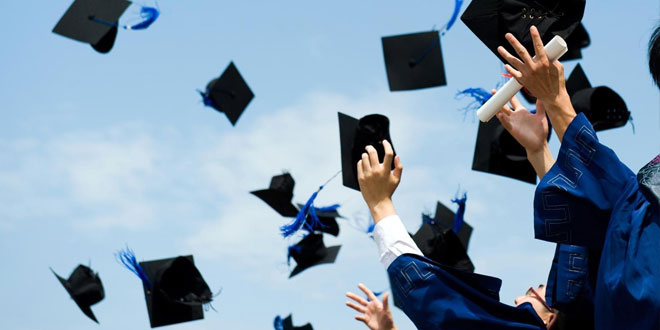 People with at least three years of higher education are at greater risk for cancerous brain tumours than those with no more than nine years of schooling, perplexed researchers said.

“There is a 19 percent increased risk that university-educated men could be diagnosed with glioma,” said Amal Khanolkar, a scientist at the Institute of Child Health in London and lead author of a study in the Journal of Epidemiology and Community.

“It was a surprising result which is difficult to explain,” Khanolkar told AFP.

Concretely, the increase in risk is minimal because such brain tumours are rare.

At the lowest level of education, the chances of glioma were reported at five in 3,000. At the other end of the educational spectrum, the odds increased to six in 3,000.

But the question remained as to whether the gap — no matter how small — was real and, if so, what caused it.

Earlier research exploring a possible link between education or social level, on the one hand, and the frequency of brain tumours, on the other, had been inconclusive.

To “put to rest” these conflicting findings, Khanolkar and colleagues at the Karolinska Institute medical university in Stockholm used a new approach.

Rather than comparing a small number of brain tumour patients with healthy individuals, they sifted through the health records of 4.3 million adults tracked by the Swedish public health system from 1993 to 2011.

The researchers distinguished between three kinds of brain tumours — two of them non-cancerous — with different causes.

The strong link between education level and tumour incidence held for all three types, but was strongest for deadly gliomas.

Interestingly, an even higher risk gap was found between low-income manual labourers and high-income men and women who did not work with their hands.