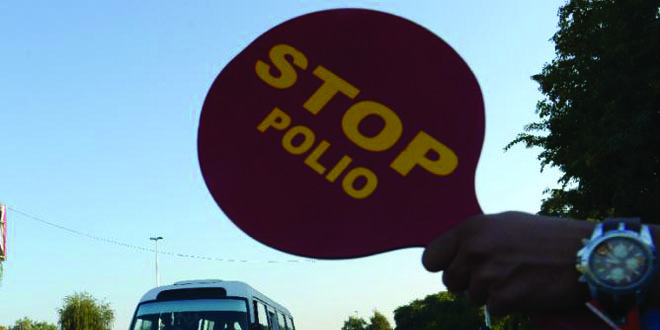 Ukraine reports polio outbreak, first cases in Europe since 2010: WHO

Two polio cases have been confirmed in western Ukraine, the first to be recorded in Europe since 2010, the World Health Organization (WHO) said on Wednesday.

A 10-month-old baby and a four-year-old child were diagnosed with the polio virus in Ukraine’s southwestern Zakarpattya region, which borders four European Union member states, after paralysis associated with the disease was detected, the Ukrainian health ministry had said on Tuesday.

The last case of polio had previously been recorded in Ukraine in 1996, he added.

The two cases are tied to a different type of virus than the one responsible for the 2010 outbreak, said the WHO.

“The Ukrainian outbreak counting two cases in two children from the Zakarpattya region to date is due to circulating vaccine-derived poliovirus (cVDPV) type 1,” said WHO spokeswoman Cristiana Salvi.

“This means that because of low vaccination coverage, this strain was allowed to circulate in a community as it continued to find susceptible individuals,” she said.

Inadequate vaccination puts Ukrainian children at risk of contracting the virus, with only half fully immunized against polio and other vaccine-preventable ailments last year, the Global Polio Eradication Initiative said.

The Ukrainian health ministry conceded that the ex-Soviet country had struggled to get children vaccinated against the crippling virus since 2008.

In a statement released Tuesday, the WHO said it believed “the risk of international spread from Ukraine to be low” but noted that, while Ukraine reports polio outbreak, the infected regions shared borders with Romania, Hungary, Slovakia and Poland and might cause trouble.

The WHO Regional Office for Europe said it had been notified of the cases late last month, adding it would help the Ukrainian authorities tackle the virus.

“WHO and UNICEF are providing the ministry of health with both technical and on-site support in planning and implementing large-scale supplementary immunization activities with oral polio vaccine (OPV) to rapidly stop (the) circulation of the virus,” the WHO said.

Affecting mostly children under the age of five, polio can lead to irreversible paralysis.

Three countries – Afghanistan, Nigeria and Pakistan – were considered polio-endemic by the WHO last year.

first polio case in Ukrainepolio effect in Ukraine
Comments
Loading...
Stay With Us