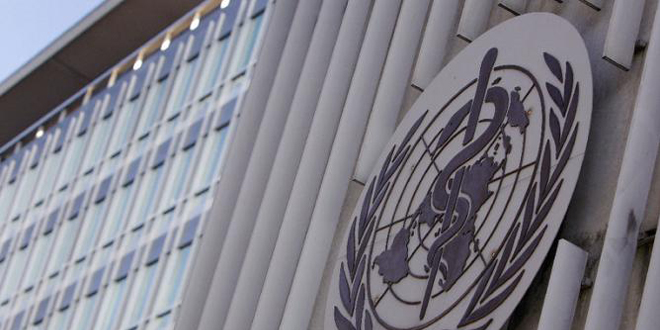 Two-thirds of people under 50 have herpes: WHO

More than 3.7 billion people under 50 have the highly-infectious and incurable herpes virus that causes sores around the mouth and sometimes on the genitals, a World Health Organization report said.

There are two forms of the herpes virus and both are most often transmitted without symptoms, but for those stuck with the lifelong infection, painful and embarrassing sores can be recurring.

Two thirds of the global population under the age of 50 are infected with the herpes simplex virus type 1 (HSV-1), which tends to cause cold sores, the WHO said in report published this week.

A full 87 percent of Africans under 50 have the virus which is transmitted by mouth-to-mouth contact or through saliva, as do three quarters of those in the eastern Mediterranean and western Pacific regions.

HSV-1 mainly causes cold sores and blisters around the mouth, as opposed to HSV-2, which is almost entirely sexually transmitted and causes genital herpes.

But new estimates indicate HSV-1 is also an important cause of genital herpes, with some 140 million people between the ages of 15 and 49 infected with a genital variant of HSV-1, the Geneva-based organisation said.

“HSV-1 has the potential to be transmitted from the oral area to the genital area through oral sex,” WHO medical officer Sami Gottlieb told reporters.

Along with the 417 million people believed to have the HSV-2 infection, there are more than half a billion people under 50 who have genital infections caused by the two herpes viruses.

“Access to education and information on both types of herpes and sexually transmitted infections is critical to protect young people’s health before they become sexually active,” Marleen Temmerman, head of the WHO’s reproductive health and research division, said in the statement.

Gottlieb said the figures were deeply worrying, not only because such infections were uncomfortable but because they could also harm relationships and cause social stigma.

HSV-2 infections — even when there are no symptoms — have also been shown to increase the risk of HIV transmission, she pointed out.

With no cure available for either herpes virus, Gottlieb insisted that “we really need to accelerate the development of vaccines.”

WHO said several candidate vaccines and microbicides were being studied.