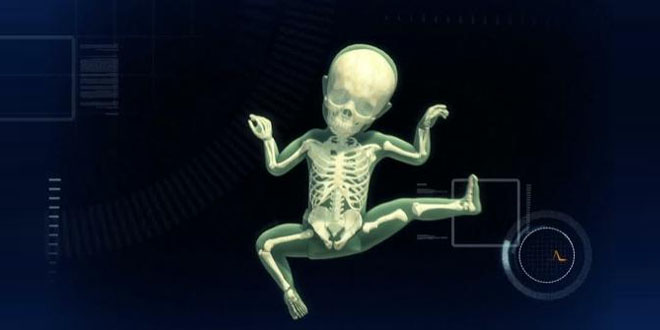 Trials will start for brittle-bones disease in infants

Foetuses burdened with a crippling form of brittle-bones disease will receive stem-cell treatment early next year in a pioneering trial, the lead researcher told AFP on Monday.

Stem cells will be injected to help strengthen bones so frail they may break before birth, the researchers said.

Stricken newborns will also be treated, and the results compared.

Children with severe forms of the condition, called osteogenesis imperfecta, suffer repeated fractures of bones throughout the skeleton, leading to painful disability and, in some cases, death in early infancy.

Other symptoms include brittle and discoloured teeth, hearing loss and breathing difficulties due to malformed rib cages. There is no cure.

Genetic in origin, brittle-bone disease affects about one in 25,000 people of European descent.

The condition is caused by a defect in a gene that produces collagen, a fibre-like protein crucial for strengthening bone, much in the way steel rods reinforce concrete.

The trials, coordinated by the Karolinska Institute in Sweden where the stem-cell treatment was developed, will involve a group of 15 foetuses and another group of 15 newborns.

Each group will receive injections of stem cells designed to boost collagen levels in growing bones.

Stem cells are blank-slate cells which, as they grow, differentiate into the various specialised cells that make up the tissue of different organs — the brain, the heart, the kidney, and so on.

The approach was already tested on a handful of young children suffering from brittle-bone disease, with encouraging results, said the Karolinska Institute’s Cecilia Gotherstrom.

“We have treated two children pre-natally. One child is now 13 and one was born last year,” she told AFP by email. A third infant, today six years old, was treated in collaboration with researchers in Singapore and Taiwan.

“All the children have tolerated the treatment well and are doing well.”

After the stem cells were implanted, the patients experienced fewer fractures and growth increased, she added.

For the oldest patients, however, more recent treatments proved “transient” and did not last long.

In the trial, Gotherstrom and colleagues across Europe hope to find out if prenatal injections make a difference.

“By having two cohorts,” or groups, “we will be able to offer treatment to more children, and also investigate if treatment before birth is indeed better,” she said.

A dozen research institutes, hospitals and pharmaceutical companies are participating in the trial.

Lyn Chitty of the Great Ormond Street Hospital for children in London will conduct genetic testing of women at high risk of carrying children with the disease, to identify subjects.

“If successful, this project may be one of the first to show that certain conditions can begin to be treated prior to birth, leading to better outcomes for the child,” she said, according to the hospital.

Preliminary studies in prenatal mice resulted in a reduction of fractured and broken bones.

In earlier trials in the United States, and one under way in Spain, stem cells are transplanted into young patients with brittle-bone disease.