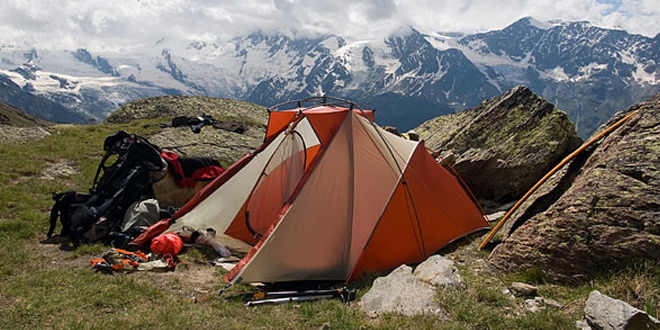 Greenpeace said that hazardous chemicals were “widely present” in a range of outdoor gear it tested, from clothing and footwear to backpacks, tents and sleeping bags.

The environmental activist group said out of 40 products tested, only four were free of per- and polyfluorinated chemicals (PFCs).

The study showed that toxic chemicals are “still widely present in products by brands such as Jack Wolfskin, The North Face, Patagonia, Mammut, Norrona and Salewa, especially in the production of footwear, trousers, sleeping bags and some jackets,” said the report.

PFCs are used to add waterproof and dirt-repellent finishes to outdoor apparel, but are hazardous to the environment and human health, said Greenpeace.

“Once released into the environment most PFCs break down very slowly. They can remain in the environment for many years after their release and are dispersed over the entire globe,” the report said.

The pollutants have been found in secluded mountain lakes and snow, can accumulate in the livers of Arctic polar bears and be detected in human blood, the report said.

Greenpeace said studies had shown that some PFCs “can cause adverse impacts… on the reproductive system and the immune system, as well as being potentially carcinogenic in animal tests”.

The four products that did not contain PFCs were jackets by Vaude and Jack Wolfskin, a backpack by Haglöfs and a pair of gloves by The North Face, said Greenpeace, adding that this showed it is possible to produce outdoor gear without PFCs.

The group urged all outdoor apparel companies to join its ‘Detox My Fashion’ campaign that aims to quickly remove hazardous chemicals from the entire manufacturing supply chain of the textiles industry.

“Phasing out PFCs by 2020, as some outdoor clothing brands aspire to do, is not ambitious enough,” the group said.

“It is not acceptable that their products continue to release persistent and potentially hazardous chemicals into the environment for another five years.”

How to Deal with Toxic People in Your Life