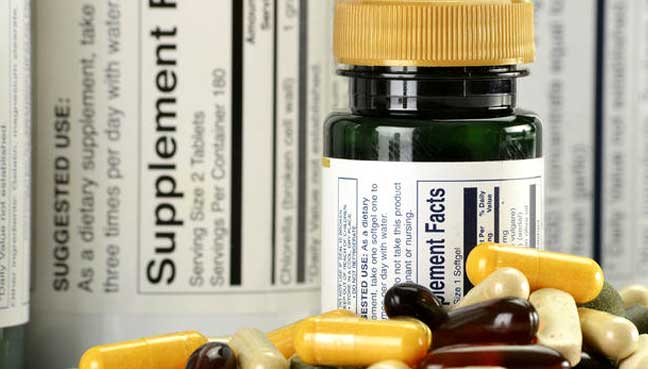 Over the counter supplements, including vitamins, sexual enhancements and weight loss aids, are being blamed for 23,000 visits to US emergency rooms each year, according to a decade-long study this week.

The findings published in the New England Journal of Medicine are based on reports from a nationally representative sample of 63 emergency departments from 2004 through 2013.

The study raised new concerns among experts over the safety of an industry that critics say is largely unregulated and yet highly popular among consumers — bringing in $14.8 billion in 2007, or one third of the out-of-pocket expenditures for prescription drugs, according to background information in the article.

Weight loss aids were a leading culprit in this age group, causing more than half of emergency room visits, commonly for heart related symptoms including palpitations, chest pain, or irregular heartbeat.

More than one fifth (21 percent) of emergency visits were due to children swallowing supplements.

“Child-resistant packaging is not required for dietary supplements other than those containing iron, and despite such packaging, iron supplements were the second most commonly implicated type of supplement in unsupervised ingestion by children,” said the study.

The research did not track any deaths that might have been linked to supplement use.

The study pointed out that although the US Food and Drug Administration is tasked with overseeing supplements, “neither safety testing nor FDA approval is required before the marketing of dietary supplements.”

The researchers also said their estimates are likely lower than the actual number because patients do not always report using supplements.

The Council for Responsible Nutrition, an industry group, said the findings should be viewed in context, and defended the safety of supplements.

“The results of this study reinforce that dietary supplements are safe products, particularly when put into context with the number of people — over 150 million Americans — who take dietary supplements every year,” said Duffy MacKay, senior vice president of scientific and regulatory affairs.

“To put this projected number of 23,000 annual emergency room (ER) visits into context, we estimate that far less than one tenth of one percent of dietary supplement users experience an emergency room visit annually.”

Diet & Supplements Tips that Will Help You Recover from B12 Deficiency