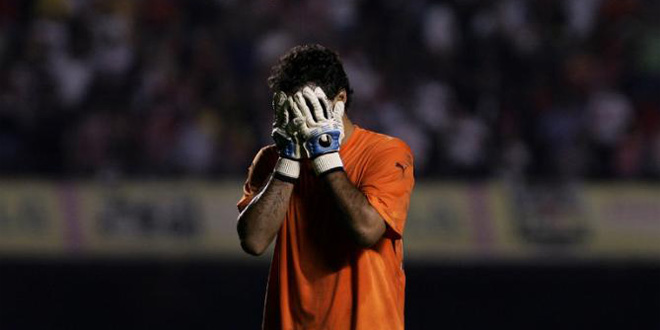 Depression and anxiety issues affect over a third of current football players, according to a study published by world players’ union FIFPro on Tuesday.

The research, led by FIFPro’s chief medical officer Dr Vincent Gouttebarge, found that 38 percent of the 607 current players sampled and 35 percent of 219 former players reported symptoms of depression and anxiety in the four weeks prior to being questioned.

The study also produced evidence of a correlation between serious injury and depression, with players who had sustained three or more such injuries found to be between two and four times more likely to report mental health issues.

“We hope that with this study comes increased awareness and commitment from all stakeholders in football to put supportive measures in place so that those suffering from mental health problems know they are not alone,” Dr Gouttebarge said in a statement.

He said the study was “a necessary first step in ultimately proposing adequate preventive and supportive measures aimed at protecting and empowering the sustainable health of active and retired players”.

A previous, smaller study carried out by FIFPro last year found that 26 percent of players had reported mental health problems, rising to 39 percent among retired players.

Of the current players interviewed, 55 percent had spent the majority of their careers playing at the highest level, rising to 64 percent among the former players.

Other findings include 23 percent of current players and 28 percent of former players reporting problems with sleep disturbance.

While the study was not peer-reviewed, the data suggests that professional footballers might be more prone to depression and anxiety than members of the general population.

By way of comparison, a 2011 study by medical journal the BMJ of 18 high- and low-income countries showed that roughly 12 percent of the population had experienced a serious bout of depression in the previous year.

Dr Gouttebarge called for further research into the apparent correlation between serious injury and depression.

“It is crucial to establish a body of work on this important topic,” he said. “The findings in the current study might justify a multidisciplinary approach to a severely injured footballer.”

Mental health is seen as one of the last taboos in the macho world of professional football, despite occasional high-profile incidents such as the suicide of German goalkeeper Robert Enke in November 2009.

Former New Zealand captain Chris Jackson, who revealed his own battle with mental health problems last year, said it was comforting to know he was not the only professional player affected by the issue.

“It was quite humbling to know so many players at the top level have experienced this huge hidden issue,” said the 45-year-old, who won 60 caps for the All Whites and now works as a cleaner at a university.

“Most are still trying to deal with it to this day, battling through everyday life. Knowing there were others in the same boat kind of made me realise I was not doing this all by myself.”