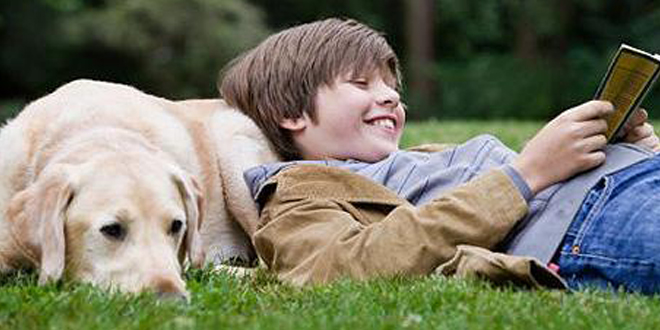 Study shows having a dog reduces anxiety in kids

A US study shines new light on the benefits that dogs bring to children and demonstrates that man’s best friend reduces anxiety levels in the young.

Dogs have once again been shown to be very good for children’s health in a new study published in the journal Preventive Chronic Disease on November 25.

Dr Anne Gadomski and her team at the Bassett Medical Center in New York discovered that the presence of a dog in a home reduced children’s anxiety.

Their study was carried out over 18 months on a sample of 643 children with an average age of 7 who came for an annual consultation to a pediatric primary care facility in New York. Of these children, 73% had a pet, and 58% had a dog. Twenty-one percent of the children did not have a pet at home.

The researchers used DartScreen, an online test used to measure a child’s health risks. Through various questions put to the parents about the child’s physical activity, food, emotional difficulties, anxiety, behavior, concentration, and parental depression, they sought to measure the mental health of the child.

They also included the question “Do you have a dog at home?”

The team noted that the anxiety score was higher for the girls, but they did not observe any difference in BMI, level of physical activity or screen time between the children who had a dog and those who did not.

By creating a bond, stimulating conversation and facilitating social interaction, a canine companion helps to increase levels of oxytocin (the hormone which plays a role in attachment and the mother-child bond) and to reduce levels of cortisol (a hormone which controls our metabolism).

This process reduces the response to stress, say the researchers, who attempted to understand what mechanisms were behind this link.

Childhood mental illness, behavioral problems and obesity are significant public health problems in the US. One in eight children is said to suffer from anxiety.

A lot of scientific research has already demonstrated the benefits of dog ownership. The most popular pet is associated with a reduction in excess weight and asthma and it is said to have a positive impact on children with cancer by stabilizing their heart rate.