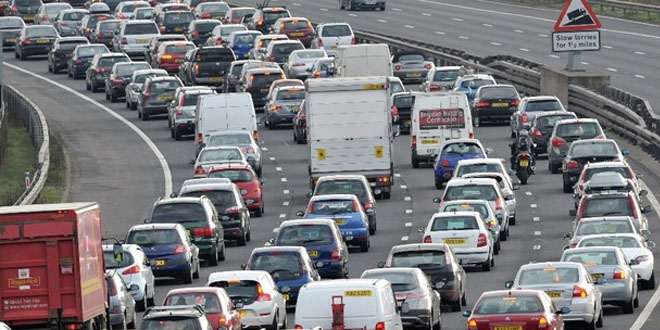 Among the roughly 140 new cases of acute myeloblastic leukemia (AML) in France each year, three can be linked to car exhaust, according to results published on Tuesday in the American Journal of Epidemiology.

The culprit could be benzene, a chemical put off by burning fossil fuels that has been linked to cancer in American research, said study co-author Denis Hemon of France’s national institute of health and medical research (INSERM).

Scientists compared the 2,760 cases of leukemia diagnosed in children under the age of 15 from 2002-2007 in France to a sample of 30,000 kids randomly selected from the national population.

The team discovered that the risk of AML was higher for kids living less than a 150 metres (about 490 feet) from busy roads.

“We found the risk increased by 30 percent in the whole of France and 60 percent in Ile-de-France (Paris region),” Hemon told AFP.

He noted, however, that “absolute risk” of contracting the disease remained low given the very small number of new cases reported in France each year.