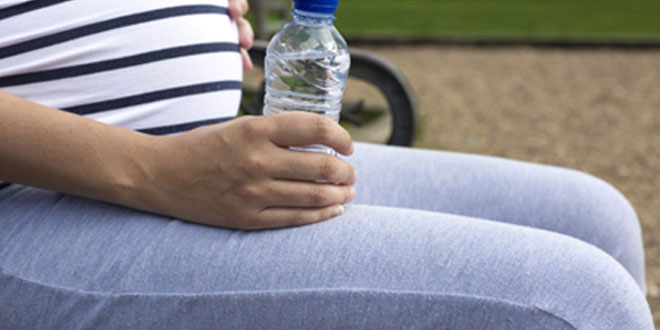 For the first time, bisphenol A (BPA) — a chemical present in many plastic packaging materials, food cans and cash register receipts — has been singled out by an American study as a potential risk factor for obesity in children whose mothers are exposed to the substance during pregnancy.

Previous studies have linked bisphenol A to conditions such as asthma, anxiety, depression and the early onset of puberty in girls, as well as diabetes, obesity and cardiac disease in adults.

This new American study, conducted in New York City, USA, followed 369 children who had been exposed to the substance in utero. In fact, 94% of their mothers had PBA present in their urine during the third trimester of pregnancy.

Urine samples from the children were analyzed at age three and five. The children were also weighed and measured. At age seven, their fat mass and waist circumference were measured. Rather than focusing solely on body mass index (the height-to-weight ratio), the scientists set out to measure the mass of fat in the children’s bodies.

After adjusting for socioeconomic and environmental factors affecting the families, the researchers found a positive link between prenatal exposure to BPA and higher fat mass levels in children, particularly in girls. However, no link was found between infants exposed to BPA during childhood and the onset of obesity. In other words, children are more vulnerable to this negative effect of BPA during the prenatal period.

The results suggest that BPA — which is a known endocrine disruptor, interfering with the body’s hormonal balance — could affect how fat cells are formed in early life and alter a baby’s metabolism.

Europe’s Food Safety Authority (EFSA) announced in April that it would reexamine the effects of BPA on the immune system, taking into account recent research highlighting the risks of this chemical substance for children and fetuses.

To minimize contact with BPA, experts recommend avoiding plastic containers labelled with the number 3 and 7, and switching canned foods for frozen or fresh produce. Where possible, choose containers made from glass, porcelain or stainless steel, especially for hot foods and liquids.

The study is available here: http://medicalxpress.com/news/2016-05-mom-exposure-bpa-pregnancy-baby.html