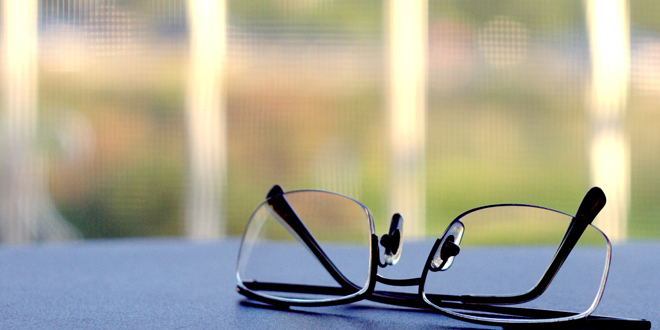 Short-sightedness and its blurry reasons

I was sixteen when one fine day I suspected I had blurred distance vision, and a hasty trip to the ophthalmologist soon confirmed the bad news: a) I needed glasses and b) it would continue to get worse.

Being the mild health snob that I am, I’d always been secretly smug about my (previously) perfect eyesight, but the insult of getting glasses ran deeper than that; it was the ultimate endorsement of being a ‘nerd’.  While I complained loud and harsh about glasses restricting my peripheral vision like those blinders used with horses, I began to notice that the vast majority of students my age shared the same fate.

Myopia, or short-sightedness, is a refractive error of the eye that typically begins in teenage years and progresses as the eyes grow to their full size, stabilizing in the mid to late-20s. In recent years the incidence of myopia has skyrocketed – universally but more so in Asia, earning the phrase ‘myopia boom’ and even ‘epidemic’ from some scientists.

It is estimated that by the end of the next five years, one-third of the world’s population may be affected by short-sightedness. In Singapore, which is believed to have the highest prevalence of myopia, up to 80% of the adult population is suffering from the condition. In the face of these unsettling statistics, and the association of myopia with increased risk of developing glaucoma, cataracts, retinal detachment and macular degeneration, it is worth our while to sit up and take note of what scientists think may be its etiology.

Up until the 1960s, scientists, backed by some evidence from twin studies, believed that myopia had a definite genetic component. Yet the sharply rising trend of short-sightedness seen in younger generations clearly pointed towards environmental influences as having a significant contribution. It also suggested that there may be an intuitive character to the traditional idea that too much studying and bookishness spoil your sight. At the dawn of the 21st century, researchers looking for any such specific link failed to find one. However, they did chance upon one significant association: a negative correlation between the amount of time spent outdoors by children – and their risk of developing myopia later in adolescence.

Later in Australia, a similar more extensive research that looked at over 4000 school children for three years confirmed that there was an unmistakable connection. After ruling out other influences stemming from a higher amount of time spent outdoors – such as increased physical activity – the research team concluded that the key factor responsible for the study’s findings was the eye’s exposure to bright light. Further research, by way of animal experiments where chicks were exposed to different light intensities, showed that high illumination levels did actually slow down the development of experimentally-induced myopia by as much as 60%.

So how does light protect us from blurred vision? We know the basic problem in myopia: an elongated lens which doesn’t ‘bend’ light rays enough, and so they focus at a point just short of the retina instead of on it – and that creates a fuzzy picture. The “light-dopamine hypothesis” takes this a step further. Bright light is thought to trigger release of the neurotransmitter dopamine in the retina and this inhibits excessive elongation of the eyeball as it is developing. Epidemiological studies based in Australia and China find that an average of three hours spent daily by children in a brightness of 10,000 lux should keep myopia away.

While researchers are investigating the fruitfulness of indoor ‘light boxes’ and glass walls in classrooms to let in more natural light, we know enough to safely shun the books and laptop screens and hop outdoors for a bit to save our sight.

About the author: Rabbia Siddiqi is a medical student at Dow Medical College, Karachi, Pakistan.