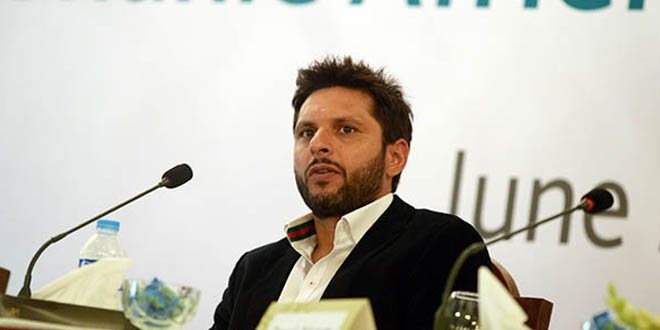 Shahid Afridi makes the list of “most charitable athletes” of 2015

Shahid Khan Afridi has been named in the list of top 20 most charitable athletes of 2015. Not only he has made his country proud, but he is also the only cricketer to be inducted in the list with other outstanding athletes.

The list was launched by the website called DoSomething (DoSomething.org). DoSomething, founded in 1993, is an organization which is responsible for motivating youngsters to take action for social change through different programs and campaigns for the betterment of mankind.

The Shahid Khan Afridi Foundation aims to help and assist in the construction, organization and monetary funding of different hospitals. The organization’s aim is to facilitate and help the under-privileged people of Pakistan. After getting worldwide fame through cricket, the man with the nickname of Boom Boom Afridi set up this organization in March 2014.