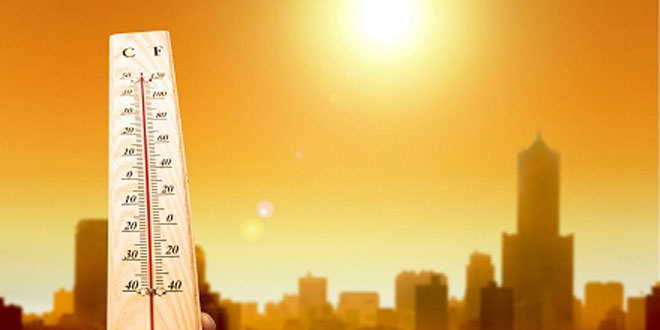 Karachi set new records as temperature rise to 45C over the weekend. The scorching sun effects include the deaths of many. The death toll due to high mercury in Karachi has crossed 450, most of who died due to heat stroke, while other sick could not tolerate the heat. The Edhi Centre and the JPMC have pronounced the largest numbers of deaths. Yesterday alone, 30 people died in Abbasi Shaheed, 9 died in Lyari General Hospital while in 6 succumbed to the heat in Civil hospital.

As per reports, the major cause of deaths was heatstroke. Heat stroke is a severe illness due to very high temperature and is normally defined as hyperthermia where the body’s temperature exceeds 40.6C. Heat stroke is due to lack of thermoregulation of body’s to heat exposure and hence lack of sweating and causes disorientation.

However, it could be prevented by taking regular intake of fluids, wearing lose, light weight and light colored clothes and preventing exposure from direct sun by covering head and neck.

The Sindh Rangers have set emergency camps to provide relief to the citizens of Karachi. The centers are located at these locations:

The scorching heat also took the lives of 4 children in Tharparkar, as confirmed by a local health officer. In Sibbi, the high temperature took the life of a citizen Bhawal Khan, while 4 others fainted.  Meanwhile in Sehwan district of Sindh the extreme heat took 10 lives amongst the thousands of people who came to attend 73rd URS of Hazrat Lal Shahbaz Qalandar.

As the last three days have sets new records for high temperatures in Pakistan, it was also the first three days of Ramadan.  Furthermore, the constant load shedding has caused the people to be devoid of electricity for many hours. Protestors have come out on the streets demanding their basic rights all over the country.

Moreover the high temperatures are also causing the mountains in the northern areas to warm up faster than the rest of the country. The melting of the glaciers at this rate could lead to some enormous floods affecting not only the agriculture but overall economy of the country.