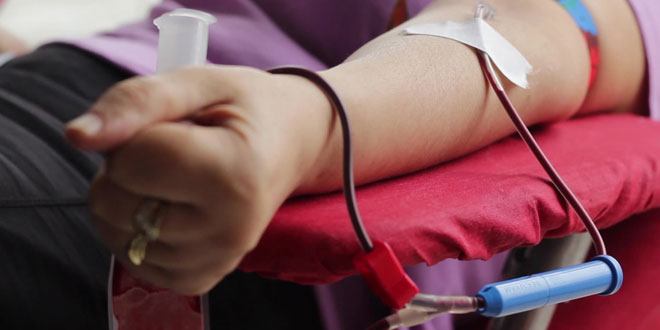 Scientists surprised: Blood donated by women and young people not as good for patients

Blood donation that comes from donors who are young or female may be linked to poorer outcomes in the patients who receive them, researchers suggested recently.

The findings in the Journal Of The American Medical Association (JAMA) Internal Medicine are based on a study of more than 30,000 blood donation patients in Canada, and the more than 80,000 donors that provided the blood.

The patients had an average age of 66 and were followed for between two and seven years after their transfusion.

Those who received red blood cells from female donors has an eight percent increased risk of dying for any reason, compared with recipients of male donor red blood cells, said the study.

When researchers looked at younger donors of either sex, they also found an eight percent higher risk of death among recipients of donations from people aged 17-20, compared with recipients of red blood cells from donors aged 40-50.

There was a six percent higher death risk associated with donors aged 20-30.

But since the study was observational in nature, researchers could not prove cause-and-effect. Rather, they say, more investigation is needed to better understand what is going on.

“These results are intriguing and suggest that if you require a transfusion, your clinical outcome may be affected by the blood donor’s age and sex,” said senior author Dr Dean Fergusson, director of the clinical epidemiology program at The Ottawa Hospital, where the study was conducted from 2006 to 2013.

“However, it is important to remember that our study was observational in nature, which means it cannot be considered definitive evidence.”

In the meantime, experts continue to urge all people to donate blood if they are eligible.

“Though our research suggests that we should investigate what’s behind the associations that we found, there is no definitive evidence yet that proves that one type of blood is better or worse for patients,” said co-author Jason Acker, senior development scientist with Canadian Blood Services.

“This study opens up new areas of investigation where we can really dig into the biological explanations and understand true cause and effect.”

Why Donating Blood Is Good For You And Others

5 Things to Know Before You Donate Blood