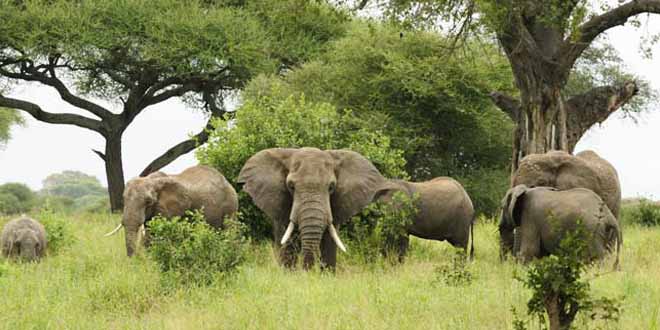 Despite their big size, elephants rarely get cancer, and scientists said Thursday they have discovered the secret to the creatures’ special protection. It’s in the genes.

Elephants have 38 additional modified copies of a gene that encodes p53, a compound that suppresses tumor formation.

Humans, on the other hand, have only two, according to the study in the Journal of the American Medical Association (JAMA).

This means that as elephants evolved, their bodies made many extra copies of a gene that prevents tumors from forming.

Elephants have been considered an enigma for years because they have far more cells than people, which would presumably place them at higher risk of cancer over their lifespans which can last 50-70 years.

And yet, the analysis of a large database of elephant deaths showed that less than five percent of elephants die of cancer, compared to 11 to 25 percent in people.

“By all logical reasoning, elephants should be developing a tremendous amount of cancer, and in fact, should be extinct by now due to such a high risk for cancer,” said co-senior author Joshua Schiffman, pediatric oncologist at Huntsman Cancer Institute, University of Utah School of Medicine.

“We think that making more p53 is nature’s way of keeping this species alive.”

“In isoated elephant cells, this activity is doubled compared to healthy human cells,” said the study, which was co-authored by experts from Arizona State University and the Ringling Bros. Center for Elephant Conservation.

Researchers hope that their findings could one day lead to new cancer-fighting therapies in people.

But that day could be far off, according to Mel Greaves, director of the Centre for Evolution and Cancer at The Institute of Cancer Research, London.

“The new research provides a plausible answer to one of the most celebrated riddles in evolutionary biology –- why some big animals with lots of cells still manage to have quite low rates of cancer,” said Greaves, who was not involved in the study.

“It is not immediately clear what lessons there are from this elephant tale for risk of cancer in humans. The main impact of this remarkable story is to bring into focus the question of why we are so uniquely predisposed to cancer for our size and lifespan –- and what we can do to change this.”

cancer is less elephantselephant rarely gets cancer
Comments
Loading...
Stay With Us