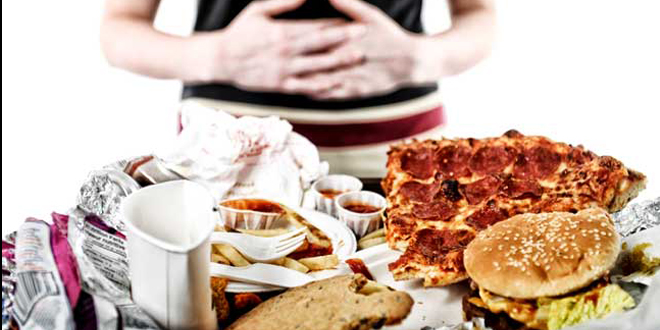 Scientists discover why overeating tends to make us depressed

A recent American study published in the journal Neuropharmacology is the first to identify a biological link between overeating and depression. It also revealed a promising possible solution.

Previous research has demonstrated a link between overeating and an increased risk of depression and anxiety. To take this further, Ronald Duman, professor of psychiatry and neurobiology at Yale University in the US and the study’s senior author, sought to understand the mechanisms underlying the correlation between these two behaviors.

The scientists discovered that the metabolism of fat shares the same biological pathway as the synaptic connections in the brain that are damaged by stress and depression. For example, patients with metabolic disorders such as Type 2 diabetes are at a greater risk of depression. In other words, the effects of a high fat diet overlap with those of chronic stress.

The research team showed that a high fat diet influenced the rats’ behavior. After four months of this diet, the aforementioned biological pathways, which are involved in both the metabolism of fat and the plasticity of the brain, were disrupted and the rodents showed signs of depression and anxiety.

With the aim of treating these symptoms, the scientists tested the anesthetic ketamine on the rats. In the same way that ketamine can reduce depression and the damage caused by chronic stress in humans, the experiment showed that it reversed the symptoms of depression in the rats which were fed this high fat diet.

Based on this research, the researchers concluded that it was possible, using ketamine, to reduce the symptoms of chronic depression quickly and significantly, particularly in patients resistant to the typical antidepressant treatments.

More research needs to be done into ketamine’s effects on metabolism. Also, its dosage and use as a treatment of depression are currently the subject of clinical trials. Research is underway into its usefulness in treating pain, depression, alcoholism, and dependence on heroin and other opiates.