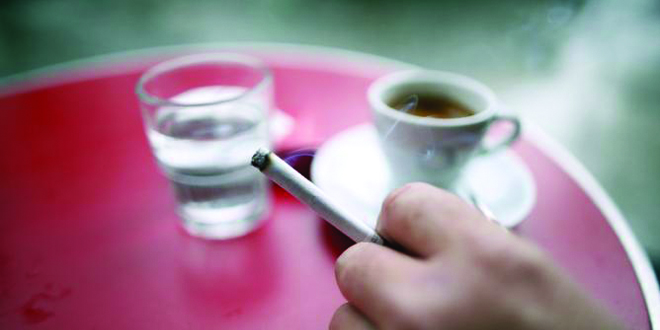 Salt, sex and booze: Lifestyle killers on the rise

The number of people worldwide whose deaths were tied to avoidable health risks like high blood pressure and smoking has shot up by almost 23 percent since 1990, researchers said Friday.

According to results published in British journal The Lancet, scientists concluded that a range of 79 health dangers contributed to 30.8 million deaths in 2013, 5.7 million more than in 1990 even when population growth and ageing were taken into account.

“To put it in plain English, we are behaving badly,” study co-author Ali Mokdad of the University of Washington told AFP.

“I mean we know very well that smoking kills and that blood pressure is another killer,” he said by phone. “Nobody risks not changing the oil in their car, but nobody pays the same attention to their own body.”

Since 1990, the most dangerous factors have changed significantly, shifting from causes rooted in privation to those stemming from excess.

High blood pressure — which is easily diagnosed and readily treated — was the top risk in 2013, contributing to 10.4 million deaths in the 188 countries studied.

After blood pressure, the top four risk factors worldwide driving the 22.7 percent jump in deaths were smoking, a person’s height and weight, high blood sugar levels, and a diet high in sodium, according to the study.

The results were based on a wide range of data including World Health Organisation and World Bank reports, with further figures provided by roughly 1,000 partner scientists based in over 100 countries. So salt, sex and booze are a big no!

Problems with Salt in Your Diet- Consequences and Alternatives

Reasons to Cut Salt Out of Your Diet

The Truth about Salt, Experts Weigh In