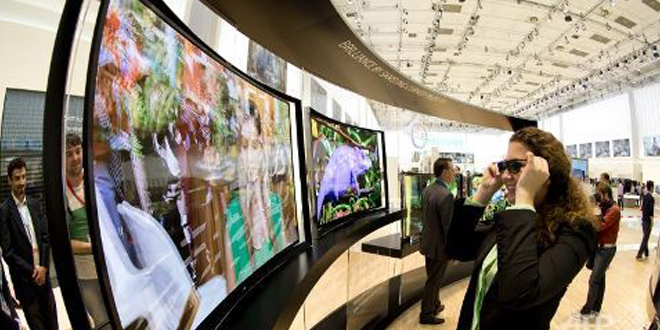 ‘Safe’ screens touted for those who just can’t look away

As it gets harder to tear our eyes away from smartphones, televisions, tablets or computers, concerns are growing over a blue light emitted by their screens, blamed for harming the retina and causing interrupted sleep.

At the IFA mega consumer electronics show in Berlin, Dutch company Philips is showcasing a new technology for its computer screens called “SoftBlue,” which it claims is gentler on the retina.

“We are shifting the harmful blue light frequencies, which are below 450 nanometers, to above 460 nanometers,” said Philips’ marketing director Stefan Sommer.

Other brands like Asus and BenQ, along with American firm ViewSonic, have also seized on “safe” screens as a new selling point.

“We’ve been told from a very early age by parents that too much screen time, in front of a TV or a computer, is bad. So a ‘safe’ screen might resonate with consumers,” said Paul Gray, an analyst at IHS Global Insight.

Because it generates a relatively high intensity of light from just a low amount of energy, light-emitting diodes (LEDs) are used to light up smartphones, televisions or computers.

But the problem is the blue ray emitted at the same time, which is feared to pose potentially serious health consequences.

It is all scare-mongering or scientific fact? Serge Picaud, a researcher at the Institute of Sight in Paris, has a more measured take on it.

“We should not be so afraid that we bin all our screens,” he said.

Picaud carried out a study in 2013 in which he exposed sample retina cells from a pig — similar to those found in humans — to different wavelengths of light, and showed that those between 415 and 455 nanometres killed the cells.

In other words, deep blue light, which is close to ultra-violet light, is particularly harmful to eyes.

Nevertheless, the scientist says, “that must be taken in proportion as the light intensities produced by our screens are still relatively weak compared to sunlight”.

“Those who worry about harm caused by screens, do they also wear sunglasses at the beach?” asked Picaud.

Vincent Gualino, an ophthalmologist at a French hospital also believes that “we should not be afraid of the screens”.

“The real problem is over-consumption,” the specialist on retina illnesses said, warning people against spending more than six hours in front of their screens.

Children’s eyes are most vulnerable, as their retinas are clear and they “will be exposed over 40 or 50 years”.

For those who cannot help but stay glued to screens, Gualino prescribes special glasses to filter out the blue light.

Such glasses are widely available in Japan, while in France, lens maker Essilor offers special lenses that screen out the harmful rays.