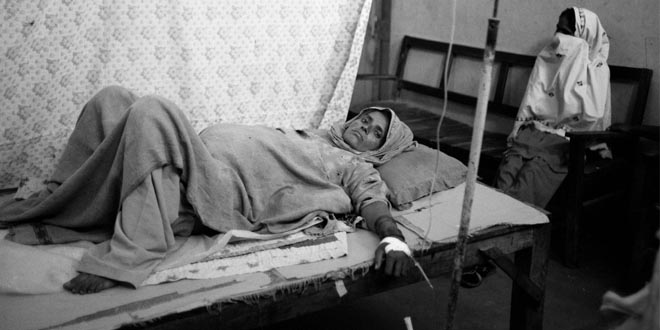 Research: Physical strain may affect a woman’s ability to get pregnant

The researchers examined a ‘nurse’s health study’, which included nurses working outdoors and were soon to be pregnant. The subjects were made to fill a questionnaire regarding their job related to physical labor and work schedule. The individuals in the study were asked about successful pregnancy after duration of six months.

The data gathered between 2010 to 2014, which comprised of 50% women above the age of 33 years, 22% having smoking history and 44% overweight, showed that 16% of the nurses had either irregular, rotating shifts, but a majority had a regular shift: day and night. The data showed that about 33% of the subjects’ work nature comprised of staying on feet for as long as eight hours and 40% were required to lift heavy objects for at least 5 times in a day.

The results showed that long hours of physical strain and heavy work appeared to have a negative impact on the nurses’ ability of getting pregnant. The research findings showed that 16% of the subjects could not conceive within a year and 5% could not become pregnant even after two years. The study compared the fertility of subjects working between 21 to 40 hours with ones working more than 40 hours.

The major discovery of the study is the possibility that specific working environment may not be favorable for pregnancy. As per the study, lifting objects weighing minimum 25lbs. numerous times in a day may affect pregnancy, though irregular or night shifts did not link to prolonged conception. Overweight women showed greater effects from heavy lifting.

According to doctors of Mount Sinai Hospital, late pregnancy is linked to exhaustion from long duration of work and heavy lifting. They are also of the view that these women have less frequent intercourse due to their work loads. They advise such couples to have sexual intercourse at least two times a week, adding that these women in the duration should retain a healthy weight, workout and avoid tension and cigarettes.

The study was published in the journal ‘Occupational and Environmental Medicine’.