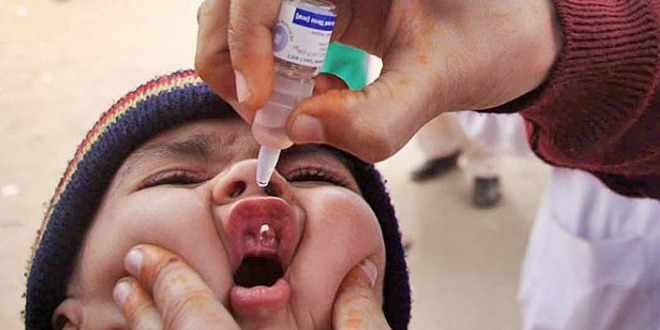 Scholars belonging to different religiously school of thought have come together to show their support for the fight against polio and play their role in preaching people about the benefits of getting their children treated.

Every year, whenever the polio drive begins in the province, more than 20,000 parents do not allow their children to be administered with the polio drops, making the disease a constant epidemic in the region. This year, in order to curb this resistance, polio drive administrators have asked the help of various religious scholars to help preach the positive attributes of polio drops, to which the scholars have agreed.

According to the head of the Emergency Operation Center Balochistan, Dr Syed Saiful Rehman, most of these parents are against polio drops due to some inane and fabricated religious notion. These fabricated notions need to be addressed properly by the religious scholars who have decided to come on-board with the campaign, if Pakistan wishes to end this deadly disease once and for all, Dr Rehman believes.

Dr Rehman has stated that in the current year, four cases have already surfaced pertaining to the polio virus and if the polio drops aren’t properly administered this time, the cases might increase.

He further explained how most parents have been made aware of the deadly consequences which the polio virus brings with it and many of them have listened to the doctors and health workers. This was testified when last year, after around 21,000 parents had declined from getting their children treated for polio, around 19,000 of them came round once they were communicated with and were explained by the polio drops are necessary for their children’s health.

The doctor also mentioned, while talking to HTV, that due to security reasons polio health workers have not be able to reach certain areas in Quetta, Sherani and Zhob, whereas areas like Qillah Saifullah, Musa Khel, Loralai and Sibi, the campaign was delayed due to safety concerns.