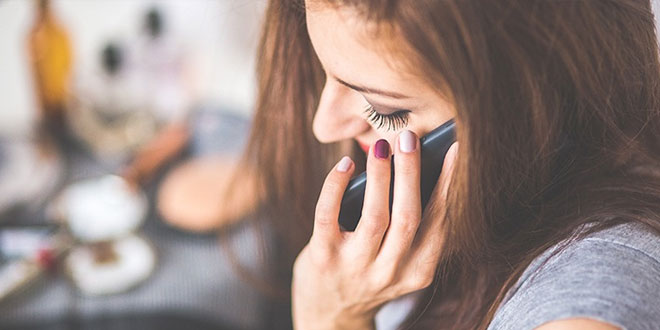 How to reduce exposure to mobile phone radiation

Is the electromagnetic radiation from our mobile phones harmful? From a scientific standpoint, the jury is still out. But for those who prefer to be on the safe side, there are a few ways to adapt one’s mobile phone habits to limit exposure.

Keep the phone away from your head

A Bluetooth headset is one of the best ways to reduce exposure, as it allows the user to keep the source of radiation at a distance.

Although this advice is often heard, it is seldom followed.

If you find it tedious to use a Bluetooth headset all the time, try at least to use it on longer calls as well as during dial-up and the first few seconds of a call, when the phone is emitting its highest level of radiation.

It is also a good idea to avoid keeping the mobile phone turned on all night and sitting on the nightstand next to your pillow.

Limit use in low-reception situations

When the reception signal is poor, the phone compensates by turning up the strength of the signals it emits.

Consequently, it is recommended to limit the length of calls in places where reception is limited: underground parking lots, in rural areas far away from phone towers, or in cars (even while stopped).

Also, avoid using a mobile phone on a rapidly moving train or bus, as the passage between different cell towers along the route similarly causes the phone to turn up its signal emission.

Practice extra caution with and around children

Since children’s bodies are still developing, they could be more susceptible than adults to any potential negative effects of electromagnetic radiation.

Parents should delay giving children their own mobile phones until it is absolutely necessary and limit the time a child spends using the device.

Unfortunately, the vast majority of these devices do not live up to their claims, according to a series of tests conducted by the French National Agency for Health Safety (ANSES).

In particular, the anti-radiation stickers designed to be stuck on the back of a mobile phone have absolutely no impact.

On the other hand, some anti-radiation phone cases have been shown to limit the user’s absorption of the phone’s rays, but they make it nearly impossible to receive or make a call.