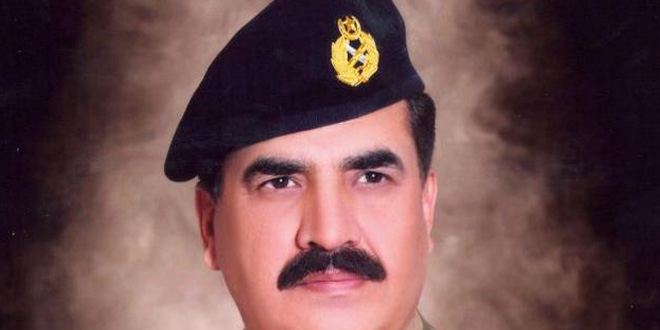 The 49th Convocation of College of Physicians and Surgeons Pakistan (CPSP) was held here at the Jinnah Convention Centre.

Chief of Army Staff General Raheel Sharif, who was chief guest at the convocation ceremony, was also conferred upon the honorary fellowship of the CPSP for his achievements. The CPSP citation reads: “General Raheel Sharif through his vision, resolve, sincerity and commitment against terrorism has become a leading figure of our times.”

Speaking on the occasion, General Raheel Sharif said: “Today, by the grace of Allah Almighty, an environment had been created where fear and retribution from the terrorists and criminals had been significantly reduced. However, relative security needs to be transformed into an enduring peace and stability for the nation. A unified national approach is important to bring the armed forces’ endeavors to a logical end.”

COAS paid tribute to sacrifices of citizens and soldiers in achieving this stability and peace.

Felicitating the graduating students, General Sharif said: “To steer the country towards success, we need to invest in our future generations. To this end, every individual, especially the educated professionals, have an enormous responsibility. It is my belief that today’s Fellows will rise and shine as the future of Pakistan,” he added.

The COAS praised the college for improving postgraduate medical education and health care services in the country.

Earlier, in his welcome address, CPSP president Prof Zafarullah Chaudhry acknowledged the COAS’ contributions and strenuous efforts for peace and stability in the country, his remarkable achievements against terrorism and for modernizing the health care system in Pakistan Army.