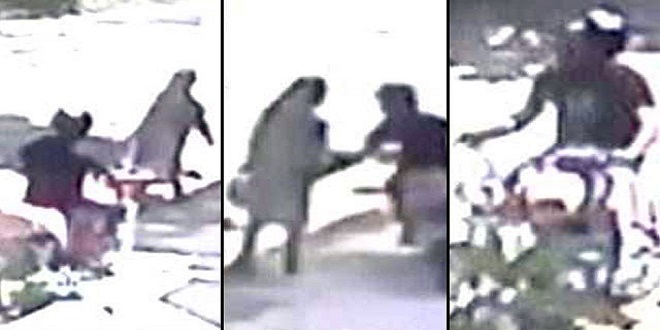 Psychopathic Stabber On The Loose In Gulistan-E-Jauhar

Stabber’s profile (as described by the police):

The area falls under the jurisdiction of Gulistan-e-Jauhar and Shahrah-e-Faisal police stations.

Police’s inability to identify and catch the stabber has caused outrage in the residents of the area, which they expressed on social media.

#stabbing cases being reported in #gulistanejauhar@SindhPolice clueless. Are we really that unsafe? Or our lives don’t matter at all?

what's been happening to ladies at #GulistanEJauhar and why is there not enough outcry on stabbings? 8 cases in 1 week!

Today again unknown assailant injured another woman in Gulistan-e-Jauhar. But still at large. A slap on face of police & agecies

This certainly had an effect on the authorities as a raid was made on different areas of Gulistan-e-Jauhar that led to the arrest of 6 potential suspects. East SSP Samiullah Soomro claims that the arrested suspects resemble the image of the perpetrator narrated by the victims. However, the suspects are still under investigation and no one has been officially charged with the crime.

To further ensure the safety of the female citizens, SP Ghulam Murtaza Bhutto (of the Gulshan-e-Iqbal Division) claims that the authorities have laid a network of undercover informers in the area. He further ensured the citizens that the stabber will be in police custody soon.

The streets of Karachi are still unsafe for women. Police has advised female residents of the area to be careful and not to leave their homes after twilight.