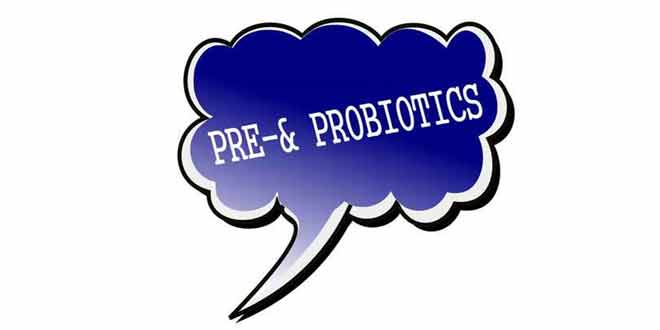 Scientists at a French medical research institute have demonstrated in mice that prebiotics reduced the risk of allergy to wheat by improving the immune system’s tolerance to allergens.

Having previously looked into probiotics, scientists at France’s INSERM research institute are now conducting research into prebiotics in the hope of one day stopping the increase in the incidence of food allergies.

Prebiotics are soluble fibers, mainly sugars such as cellulose, lactose and inulin, which stimulate the growth of bacteria in the intestine. They are fermented ingredients which pass undigested through the stomach and small intestine.

The composition and balance of gut flora play a crucial role in immunity and controlling allergies.

“Lifestyle modifications have profoundly transformed our relationship with microbes — pasteurized food, emphasis on hygiene, highly protected children — with the result that our microbiota, i.e., all the bacteria which colonize our body (our intestines, skin, etc.) has greatly changed,” explained Antoine Magnan, researcher at Inserm and co-author of this research. “And this change has been accompanied by an increase in allergy cases since the end of the 20th century.”

He added: “This increase is due to a reduction in the immune system’s ability to tolerate theoretically harmless food. By adjusting the composition of our microbiota, we would like to correct that.”

The team of scientists gave daily prebiotic supplements to gestating mice and continued to do so when the young mice were in the suckling phase.

In a second stage, three weeks after weaning, the team exposed the young mice to potentially allergenic wheat proteins.

The researchers then noted that the young mice whose mothers received the prebiotics had less of a reaction to the allergens than the other mice. In the allergic animals, the levels of histamine (a substance stored in mast cells which is released in the presence of an allergen) and IgE (antibodies which help to diagnose an allergy) were low and their symptoms were minimal.

The scientists now intend to undertake research on humans to get further insight into these findings. In 2016, they will launch a clinical research hospital project to undertake the same experiment on 500 to 1000 women who risk passing on an allergy to their child.

Almost 8 percent of children and 2 percent of adults in France currently have food allergies.